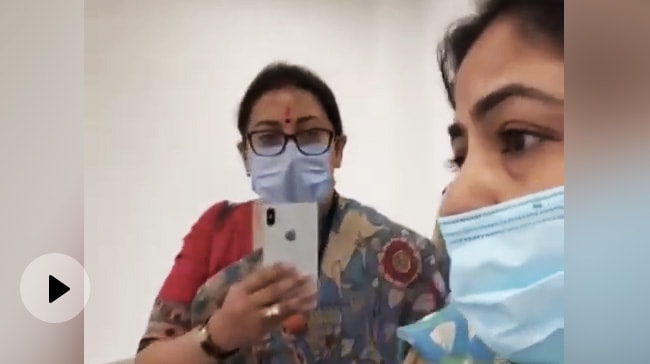 Union Minister Smriti Irani was inadvertently caught on a Delhi-Guwahati flight today when asked about the hike in fuel prices. His interrogator was Netta D’Souza, the acting chief of the Congress women’s wing. Ms D’Souza later tweeted the video in which the minister is also seen recording the encounter on her cell phone.