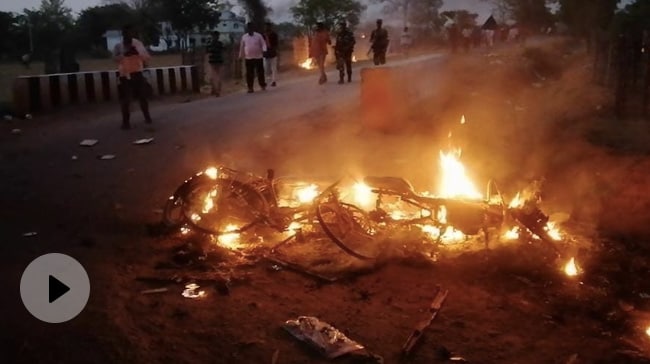 Communal clashes broke out in four states of Gujarat, Madhya Pradesh, Jharkhand and West Bengal during processions yesterday on the occasion of Ram Navami, a festival commemorating the birth of Hindu god Ram. Curfew was imposed in some parts of Madhya Pradesh’s Khargone following violence and arson during Ram Navami processions, a senior official said. Heavy police deployment has been made to prevent any stampede.