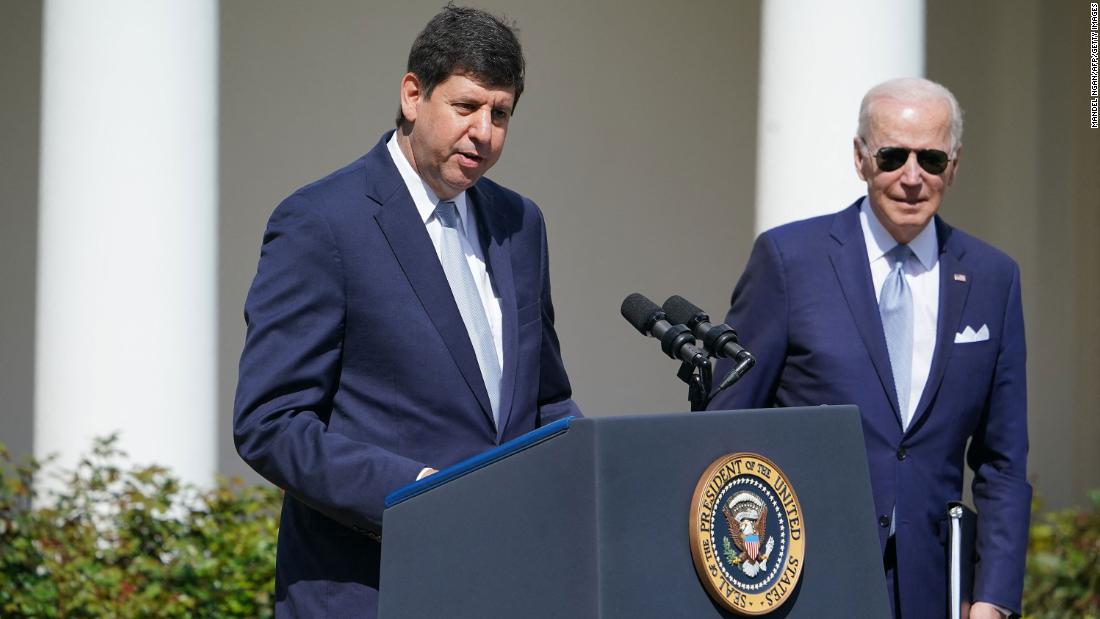 Detelbach was previously unanimously confirmed by the Senate to serve as the U.S. Attorney for the Northern District of Ohio under President Barack Obama. He is currently a partner at BeckerHostetler and helps lead the firm’s white-collar, investigative and securities enforcement and litigation team.

Administration officials acknowledge that Detelbach faces longstanding odds in the Senate because gun-rights groups routinely oppose any nominees for the agency that regulates guns. The ATF has operated under a series of acting directors since its last Senate-confirmed leader stepped down in 2015, and the Senate last confirmed an ATF nominee in 2013.

“Steve’s record prepares him on day one to lead this agency,” Biden said Monday at the White House, describing him as “extremely qualified.”

But Detelbach is relatively unknown among groups interested in gun issues. This has raised suspicion among law enforcement groups, who often play a large part in the political debate over the ATF. It is also unclear what the nomination means for Marvin Richardson, the current acting director, a veteran agent who is popular among ATF employees and agents.

Dettelbach has held positions within the Justice Department, the Senate Judiciary Committee, and has served on the Ohio Ethics Commission. He ran for attorney general of Ohio in 2018 but lost to Republican Dave Yost in the general election.

Under the Obama administration, he was appointed to advisory committees for Attorney Generals Loretta Lynch and Eric Holder while serving as US Attorney.

He previously served as counsel for the United States Senate Committee on the Judiciary. Detelbach also served as an assistant U.S. attorney in Cleveland and served on the Organized Crime and Corruption Task Force. He began his career in the Civil Rights Department of the Justice Department during the Clinton administration.

The ATF post is an uphill confirmation battle that the White House knows all too well.

Biden previously named former ATF career officer David Chipman to lead the agency. But the White House withdrew Chipman’s nomination in September after it became clear he did not have the votes in the Senate to confirm. Some senators questioned whether his past record as an advocate of stricter gun laws would make him a less effective director.

The chairman of the Senate Judiciary Committee, Illinois Democrat, Dick Durbin, acknowledged the difficult road ahead in a statement.

“Confirming a qualified nominee to lead the ATF should be a unified priority in the Senate, yet the problem is the same one that has thwarted ATF confirmation since 2015: the gun lobby,” Durbin told Detelbach “a lot. respected former American lawyer”. and career prosecutor.”

Leaders of major gun control groups praised Detelbach’s nomination and urged the Senate to confirm him quickly. John Feinblatt, president of Everytown for Gun Safety, said in a statement that Detelbach would be a “strong leader” and thanked the Biden administration for “doubling down on its commitment to gun safety.”

The nomination comes on the same day the president announced new firearm regulations to include the use of so-called “ghost guns,” self-assembled firearms that do not have serial numbers, making them difficult to track and regulate. .

Ghost guns are often combined with parts sold online, which allows buyers to avoid background checks. These weapons are sometimes referred to by officials as “privately made firearms”, or PMFs.

Biden described gun violence in the US as an “epidemic” last year and called it an “international embarrassment” after the mass shootings.