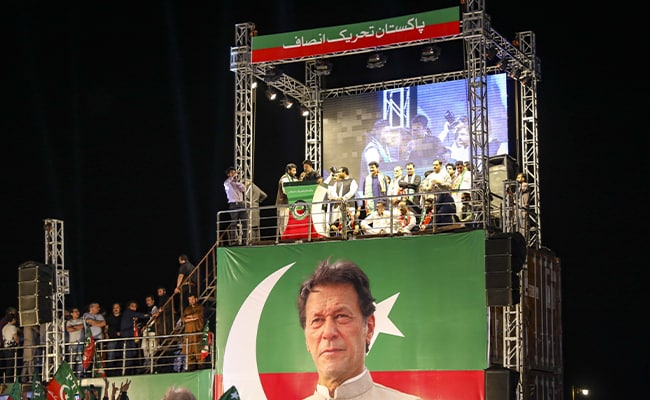 Pakistan’s institutions began their slow abandonment of democracy some 70 years ago, when the country’s Supreme Court upheld a coup by the executive and dismissed the Constituent Assembly. The judges claimed that the “principle of necessity” trampled on constitutional norms and democratic values; Since then, Pakistan’s judges, presidents and army chiefs have declared it a supreme political virtue and have used it to justify various undemocratic power grabs.

This week Pakistan took a step away from that tragic legacy. Faced with an economic crisis, Prime Minister Imran Khan knew he had lost his legislative majority and thus his mandate to govern. The Supreme Court was invited to support Khan’s increasingly desperate efforts to avoid facing a hostile National Assembly – and, to its credit, declined. Legislators met and, as expected, a unified opposition promptly threw Khan’s Pakistan Tehreek-e-Insaf (Movement of Justice) party out of office. The National Assembly has now elected Shahbaz Sharif, the brother of three-time former prime minister Nawaz Sharif, as prime minister.

The opposition may feel that victory is a cup of poison. Their alliance is made up of two rival political parties that ruled Pakistan alternately before Khan took office in 2018 and a group of Islamists who were better able to win street battles than seats in parliament. Managing such a clumsy alliance will require time and attention. Meanwhile, the issues that caused Khan’s government to lose popularity, especially double-digit inflation and dwindling foreign exchange reserves, are going nowhere. Elections are scheduled for next year, which leaves enough time for the new government to completely discredit itself.

Also, rejecting Khan, the opposition has given him what he loves most: a sobbing story. Through a series of rallies and televised speeches, Khan developed that narrative in the next elections – that he alone could defend Pakistan’s sovereignty, and that he had the power to end corruption and formulate an independent foreign policy. It was his efforts that led to his downfall. ,

And Khan has found his villain: the United States. On Twitter, he described his expulsion by elected legislators as “US-backed regime change instigated by locals”. [traitors] A troupe of all kinds of miscreants came out on bail to bring them to power. “In Pakistan, conspiracy theory is a beloved national sport, second only to cricket – and Khan is a master of both. He has spread a strange story about a “letter” from an assistant US Secretary of State that Pakistan will continue until Khan is removed. The White House has said there is no truth to the allegation and it is hard to believe that the troubled administration of US President Joe Biden has decided it is time to conduct “regime change” in a country. He would prefer to ignore it.

Anti-Americanism is the drug of choice for populists around the world and Khan is no exception. The only element of truth in his story is that his rhetoric may have alienated one of his most important supporters: Pakistan’s military establishment. The commander very clearly stayed away from this political fight; Earlier, when Khan was leading street protests against his predecessors, he had made it equally clear that he had their support.

Thus, in a peculiar reversal, the leader of a party that came to power because of its proximity to the military is now railing against a security establishment that failed to keep them in power. Meanwhile, the military hasn’t stopped a new government from taking office, though it is led by politicians who have fought with the brass for decades over civilian supremacy.

What matters is that this time, perhaps because the army stood aside, Pakistan’s institutions acted as they should have. A government that mismanaged the economy, lost its legislative majority – and was forced to confront the National Assembly by the Supreme Court. Yes, the Prime Minister tried to keep himself in power by defying the Constitution like former US President Donald Trump. But this did not work and there was a peaceful transition of power from one civil administration to another. The “principle of necessity” didn’t make sense at all.

In 1955, the Supreme Court of Pakistan opened the door to a series of generals who imagined themselves as Mustafa Kemal Ataturk – the fearless modernist and defender of national identity and sovereignty. This time, the constitutional institutions had to deal with a civilian leader who imagined himself as a former Turkish leader and less politician than his current one, Recep Tayyip Erdogan – the only man who allowed Islamist principles to dominate the state and society. Was able to force while being. generals. Fortunately, Pakistan’s institutions did not give up.

Yet it should come as no surprise that both countries are now economic basket cases. Just as Erdogan’s politics relies on constant confrontation with Europe to distract its citizens from economic disaster, Khan will milk his anti-American conspiracies for all that they deserve.

Pakistan should not choose only between military and civilian dictatorship. Khan and his party can still redeem themselves. The new government is unlikely to be able to solve Pakistan’s problems overnight; Khan will be given all the examples of misgovernance and scams he will need to build another successful election campaign. If he is truly committed to Pakistani sovereignty, he should focus on creating a narrative around the regime that can win him next year’s election.

(Mihir Sharma is a Bloomberg Opinion columnist. He was a columnist for The Indian Express and Business Standard, and is the author of “Restart: The Last Chance for the Indian Economy”.)

Disclaimer: The views expressed in this article are the personal views of the author. The facts and opinions displayed in the article do not reflect the views of NDTV and NDTV assumes no responsibility or liability for the same.