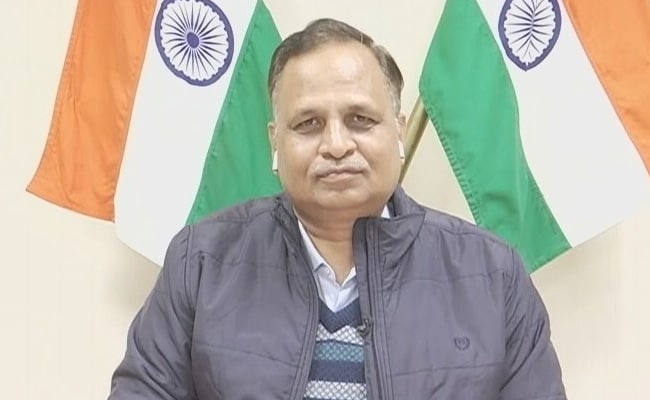 The BJP leader denied the allegation and termed it as “fake news”.

He tweeted, “Delhi BJP MP Manoj Tiwari MP along with 300-400 people has forcibly entered Sonia Vihar UGR and is creating a ruckus. If Delhi’s water supply is disrupted, BJP will be responsible for it.

of delhi @ManojTiwariMP India is coerced with 300-400 people in India. ,@DelhiPolice ,

Mr. Jain had inaugurated the Sonia Vihar UGR with a capacity of 2.68 crore liters on March 2.

Fake News! There will be an FIR against the Indian government for lying to the one who tells the lie.

A person is capable of 24 replies from a satellite operating according to the AMRUT scheme. https://t.co/q26HgET4a6pic.twitter.com/uJXzIIRKy6

Responding to Mr. Jain’s allegation, Mr. Tewari tweeted: “Fake news! FIR will be lodged against a false minister in the government for fake tweets.” He said that the central government had given funds for the construction of UGR under the AMRUT scheme and the Aam Aadmi Party ministers took the credit.