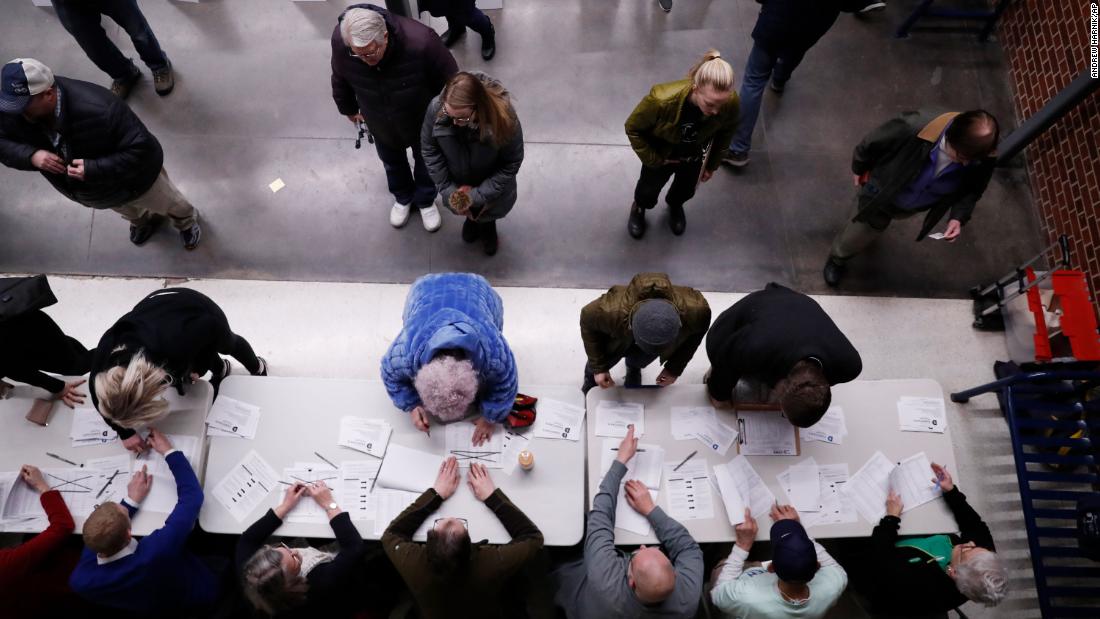 The new plan closes out the current set of starting states of Iowa, New Hampshire, Nevada and South Carolina and implements a process that would prioritize the various battleground states that choose to keep primaries, not caucuses. Under the new framework, states will apply to hold an early nomination contest and the rules committee will select five who will be allowed to go before Super Tuesday, the first Tuesday in March.

All four of the current starting state could apply to retain their positions, but Iowa’s First Nation status would be particularly threatened, given that the largely white state is no longer a battleground and state law. A caucus needs to be organized by.

The plan was approved by the party’s rules and regulations committee at a meeting in Washington with only one dissent from Scott Brennan of Iowa.

State parties will now have time till June 3 to submit their applications. The Rules Committee will then hear submissions from interested states and make a decision in July. After that, the committee’s proposal will need to be approved at a plenary DNC meeting in August or September.

The committee will also consider the cost and difficulty of campaigning in a state, union membership of the states and their ability to actually conduct a preliminary contest. Primary dates are usually set by law, so state parties conducting preliminary primaries will need cooperation from their legislatures and governors.

Committee Chairman James Roosevelt said, “This process lays the foundation for the 2024 presidential nomination calendar that reflects our party’s values, builds confidence in our institutions through transparent and sound processes and helps us achieve the White House in 2024.” Puts you in the strongest position to sustain.” Presenting the resolution, he said. “It is built around an idea that members picked up on early on. It sets up an outline for an east-window that, as a whole, reflects the constituencies and values ​​of our party.”

During the meeting, members supported ensuring that each region of the country was represented in the initial group of states.

“I think it’s important that the Midwest is not fly-over country,” said Ken Martin of Minnesota.

The committee members also discussed the importance of reviewing the preliminary calendar regularly.

Committee member Mo Alethie said, “I don’t think it’s a bad thing to send that message because it shows that we are a dynamic party that is constantly assessing and we are not going to stand on the status quo every four years.” Huh.”

Senior Democrats have long criticized the party’s nomination calendar for focusing too much on less-diverse states and less-accessible caucuses.

Committee members on Wednesday discussed their commitment to considering diversity not only in the context of racial and ethnic diversity, but also in early states, including LGBTQ and disabled communities.

Iowa has been particularly under pressure in recent years. Ahead of 2020, the Iowa Democratic Party proposed adding a “virtual caucus” that would have allowed caucusgoers to participate on traditional Monday evenings without needing to be at a physical caucus site. That plan was rejected by the DNC over security concerns, although the party held a series of satellite caucuses for Iovans in various states or countries.

The caucus night of 2020 itself was beset with chaos. A new mobile app for reporting results from about 1,700 caucus sites across the state was not working properly, and phone lines were backed up as organizers tried to call in their results. The result was confusion and delayed results, which blunted the surge often offered by Iowa to well-performing candidates.

Concerns were also raised about the situation in Iowa at Wednesday’s meeting.

“Let’s be completely clear. In my mind, that means no traditional caucuses are in the starting line up, and I want to say that very clearly,” said committee member Ellen Kamerk. “I’ve been to several caucuses. I think it’s a remarkable exercise in small democracies. But I think time has passed.”