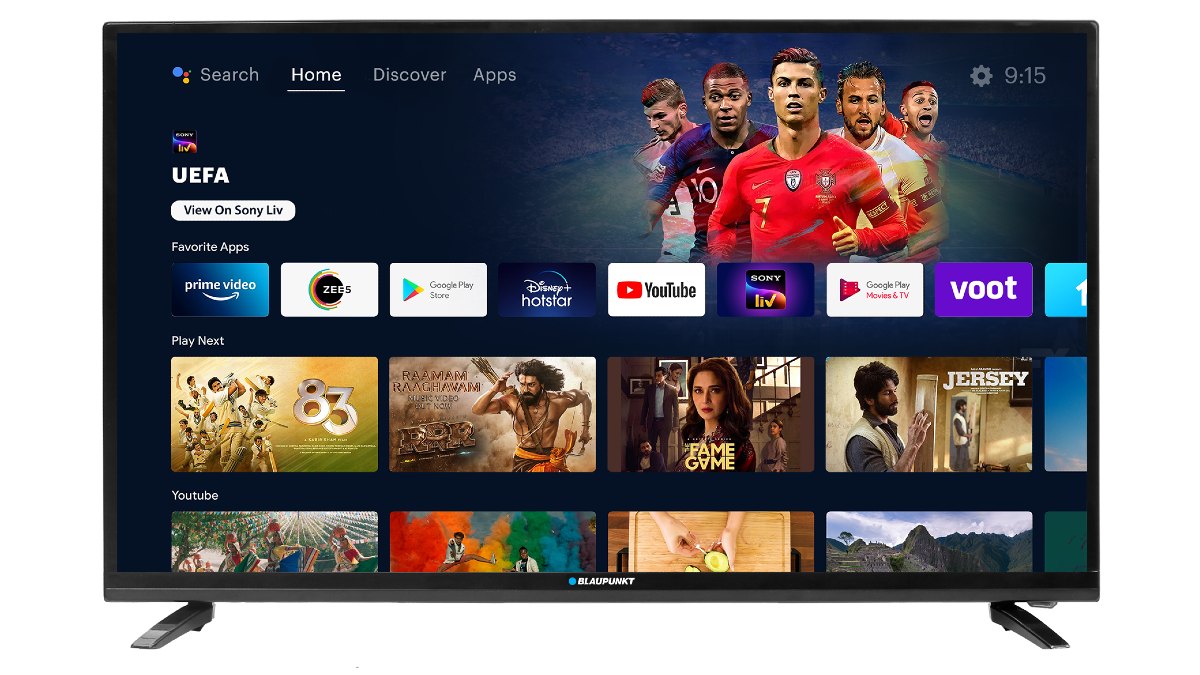 TV makers in India are planning to increase the prices of their models to meet the current cost and supply constraints. Multiple sources confirmed to Gadgets 360 that the companies are planning to increase the price of their TVs in the coming days due to a list of factors including the crisis between Ukraine and Russia, as well as the harsh lockdown in China. External restrictions are limiting manufacturers from getting adequate supply of their raw materials and ultimately forcing them to shift their burden on to the customers.

The nearly two-month-long conflict between Ukraine and Russia has started affecting electronics companies around the world. However, the impact is getting bigger for TV makers in India as most of the players in the market generate huge amount of revenue through their entry level and budget models, which have less margin for profit.

Along with the Ukraine-Russia crisis, the lockdown in China has caused companies to face constraints on their supply side. Due to rising fuel prices, manufacturers have also started paying more for their shipments in the country.

He also pointed out that due to the lockdown in China, the ships have suddenly stopped and all of them are not operating at 100 per cent capacity, resulting in major delays in shipping.

“Customers will certainly be affected,” he warned.

Like SPPL, Bengaluru-based Indkal Technologies, the brand licensee for Acer TVs in India, has been looking into supply chain issues for some time.

Anand Dubey, CEO, Indkal Technologies, said, “The Russia-Ukraine war has made the situation worse as both these countries are the largest producers of some of the major minerals used as raw materials for manufacturing chips, which are already in short supply.”

The exact percentage of increase in prices is yet to be estimated. However, Marwah suggested that the price hike may be implemented as early as this month.

This is not the first time that the TV market has been expected to hike prices in the last few years. Companies including Xiaomi, Samsung, LG and Realme increased the prices of their TV sets by about 10 percent last year across all segments. This increase was mainly due to the coronavirus-led lockdowns in India and across the world.

He told Gadgets 360, “Given that India is a price-sensitive market, and the current market is weak, there may be some impact on TV sales due to increase in TV price in the coming months.”

The analyst expects that the global rise in raw material prices of TVs may also prompt manufacturers to increase the prices of their TVs in the coming future.

According to Counterpoint, TV shipments in India grew 24 per cent year-on-year in 2021 and the smart TV market grew even faster at 55 per cent.

Jain told Gadgets 360 that most of the TVs sold in the country are in the budget segment. While this means there will be absolutely no major increase in TV prices, a modest hike from manufacturers could have a big impact on low-income customers.

“There is a need to improve the curriculum so that we do not face the same challenges that we faced in 2020,” Marwah said.