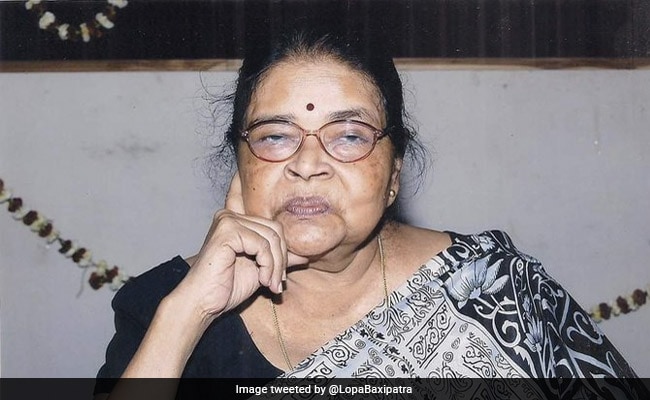 Cuttack: Legendary Odia writer Binapani Mohanty passed away on Sunday night due to age-related complications at her residence in Cuttack, his family said.

Mohanty, a Padma Shri awardee, was 85 years old. She was unmarried and lived with her nephew.

Also an educationist, she taught economics at Sailabala Women’s College. She was the younger sister of eminent physician Nirupama Rath and advocate Sachindanda Mohanty, both of whom have passed away.

Apart from receiving the Padma Shri in 2020, Mohanty received the Sahitya Akademi Award, the Sarala Samman and the extremist Jagannath Das Samman by the Odisha Sahitya Akademi.

His literary career as a storyteller began in 1960 with the publication of ‘Goti Ratira Kahani’.

Patadei, a collection of short stories, won his Sahitya Akademi in 1990. ‘Pataade’ was published as ‘Lata’ in Femina in 1986. Its Hindi play ‘Kashmakash’, which aired on Doordarshan in the late 1980s, was a hit.

His works have been translated into English, Hindi, Kannada, Malayalam, Marathi and Bengali.

He wrote three novels and translated Russian folktales into Oriya.

Condoling his death, Governor Ganeshi Lal said that he enriched Odia literature in many ways.

Saddened by the passing away of eminent writer Binapani Mohanty ji. He made significant contributions to Oriya literature, especially fiction. His works have been translated into various languages ​​and have gained immense popularity. Condolences to his family and fans. Peace.

Expressing grief, Chief Minister Naveen Patnaik said that this is an irreparable loss to the Odia literary world.

She said, “She will always remain in the hearts of people for her literary works. I extend my condolences to the bereaved family members.”

Patnaik said his last rites would be performed with full state honours.