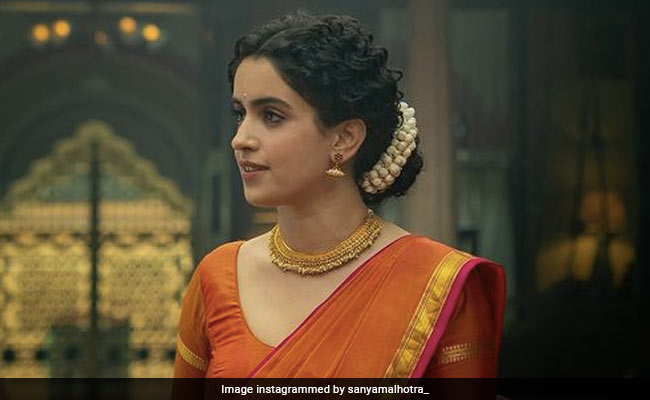 New Delhi: Sanya Malhotra started trending on Friday when she revealed during an interview that she plagiarized Sari from the sets of his film Meenakshi Sundareshwar, The actress recalled her favorite memory of shooting the project during Actors Roundtable 2021 with Rajeev Masand and he said, “We shot Meenakshi Sundareshwar Right after the first lockdown. I was very happy to be back on set in front of the camera. I loved dressing up as Meenakshi and I still have SariS, I stole them from the set,” she said. “Hello Netflix! I even wore it to my friend’s wedding.”

Sanya Malhotra was last seen in the film Meenakshi Sundareshwar, co-starring Abhimanyu Dassani. The film was released on Netflix in November this year. The film depicts the story of a newly married couple who try to find out a long distance relationship.

Sanya Malhotra’s filmography is impressive in terms of work. She was seen in the role of Vidya Balan’s daughter. Shakuntala Devi The biopic, which released on Amazon Prime Video. He also starred in Netflix’s ludo, Sanya Malhotra made her Bollywood debut with the superhit film Dangal,