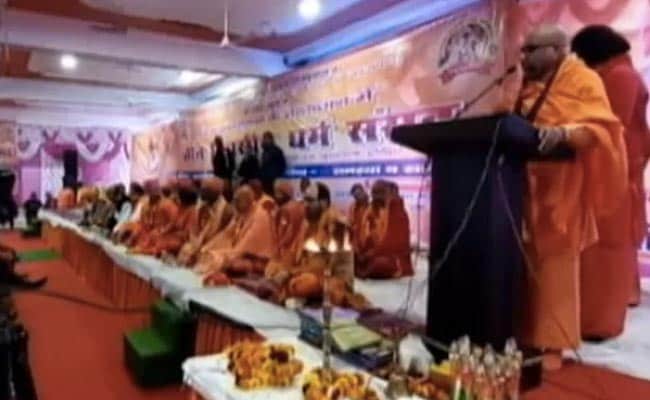 New Delhi: Five former chiefs of staff of the armed forces and over a hundred other people including veterans, bureaucrats, and prominent citizens have written to President Ram Nath Kovind and Prime Minister Narendra Modi regarding “open call of genocide of Indian Muslims” at various events, most recently in Uttarakhand’s Haridwar and Delhi. The letter also mentions targeting of other minorities like Christians, Dalits and Sikhs.

Here’s the full text of the letter:

OPEN STATEMENT ON NATIONAL SECURITY AND INCITEMENT TO VIOLENCE

We, the undersigned, are writing to you about recent events in Haridwar, Delhi and elsewhere, openly calling for a genocide of Indian Muslims. In addition, other minorities – Christians, Dalits and Sikhs are also being targeted.

India’s Armed Forces, the Army, Navy & Air Force, together with CAPFs and Police, are responsible for National Security – external and internal, respectively. All of the above have sworn to uphold India’s Constitution and our secular values.

We are seriously perturbed by the content of speeches made during a 3 day religious conclave called a Dharma Sansad, of Hindu Sadhus and other leaders, held at Haridwar between 17-19 December 2021. There were repeated calls for establishing a Hindu Rashtra and, if required, picking up weapons and killing of India’s Muslims in the name of protecting Hinduism.

At about the same time, a large number of persons gathered in Delhi and publicly took an oath resolving to make India a Hindu nation, by fighting and killing if necessary, and more such seditious meetings are being organised in other places.

Regardless of which persons or parties initiated calls for such genocide, Government of India and the Judiciary, at the highest level, need to take urgent action. We cannot allow such incitement to violence together with public expressions of hate – which not only constitute serious breaches of internal security, but which could also tear apart the social fabric of our nation. One speaker made a call to the army and police to pick up weapons and participate in the cleanliness drive (safai abhiyan). This amounts to asking the army to participate in genocide of our own citizens, and is condemnable and unacceptable.

In view of the current situation on our borders, any breach of peace and harmony within the Nation will embolden inimical external forces. The unity and cohesiveness of our men and women in uniform, including the CAPFs and Police Forces, will be seriously affected by allowing such blatant calls for violence against one or the other community in our diverse and plural society.

We therefore call upon the Government, Parliament and the Supreme Court, to act with urgency to protect the integrity and security of our country. The Constitution provides for the free practice of religion across faiths. We strongly deplore such polarisation in the name of religion. We urge you, Mr President and Mr Prime Minister, to take immediate steps to curb such attempts, and urge you to condemn such incitement to violence in no uncertain terms.

We also take this opportunity to urge leaders of all political parties to condemn these calls for what is tantamount to genocide of Muslims. They must restrain their own cadres and thereby set examples of their commitment to Secularism, Fraternity and Justice for all.

It is in the National Interest that all parties should refrain from using religion in politics and pledge to uphold our Constitution and the wellbeing of our people – thus ensuring both National and Human Security for all.