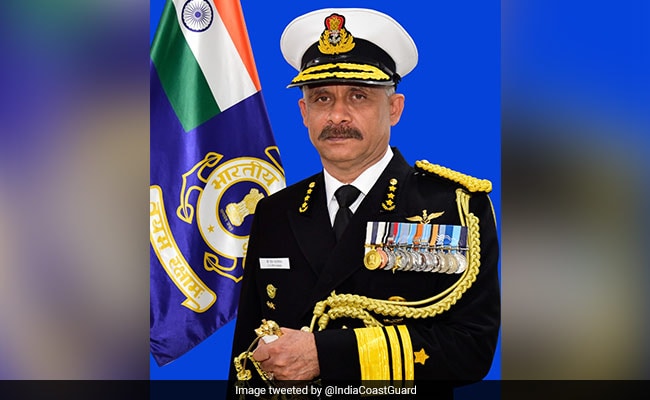 VS Pathania is an alumnus of Defense Services Staff College, Wellington.

New Delhi: VS Pathania took over as the Director General of the Indian Coast Guard (ICG) on Friday, an official statement said.

He is an alumnus of Defense Services Staff College, Wellington and National Defense College, New Delhi, the ICG statement said.

He is a qualified helicopter pilot and holds a Master’s degree in Defense and Strategic Studies from the University of Madras.

“He has expertise in search and rescue and port operations with the US Coast Guard,” it added.

VS Pathania was promoted to the rank of Additional Director General in November 2019 and took over as Coast Guard Commander (East Coast) in Visakhapatnam.