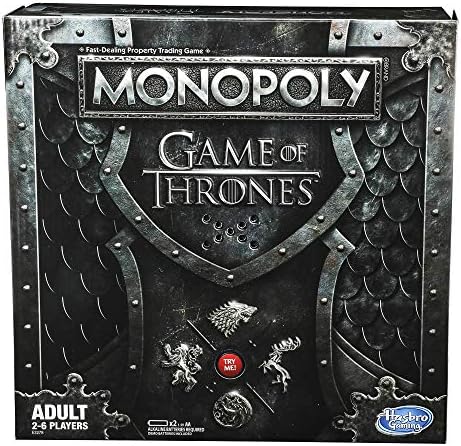 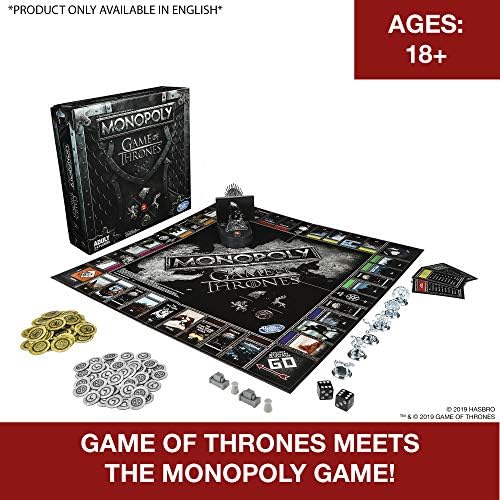 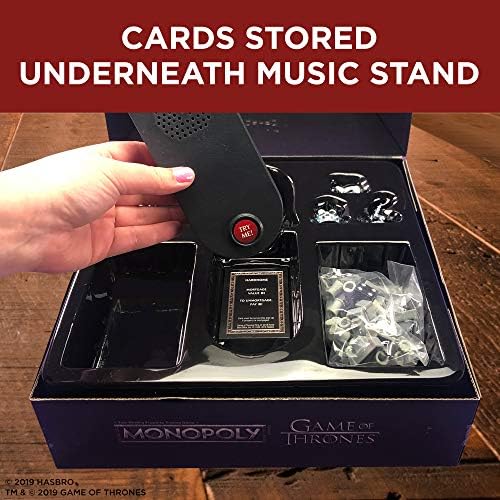 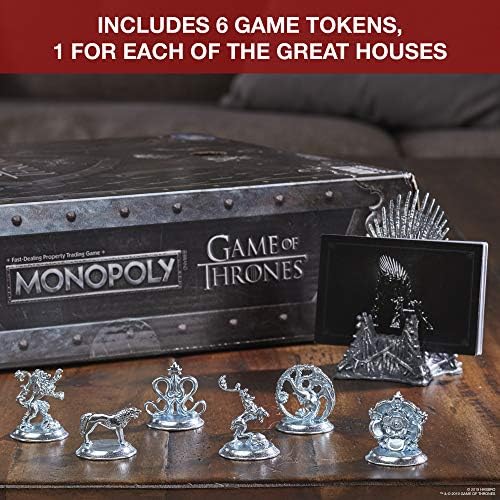 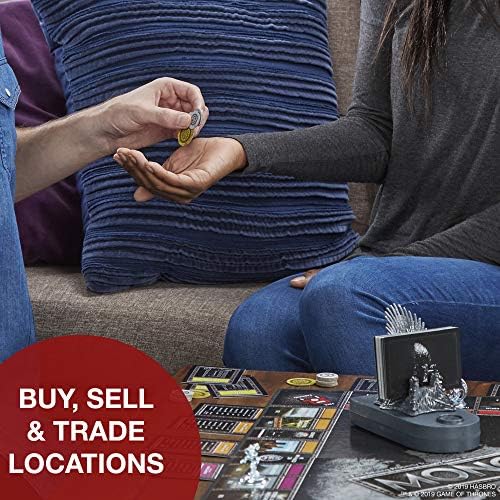 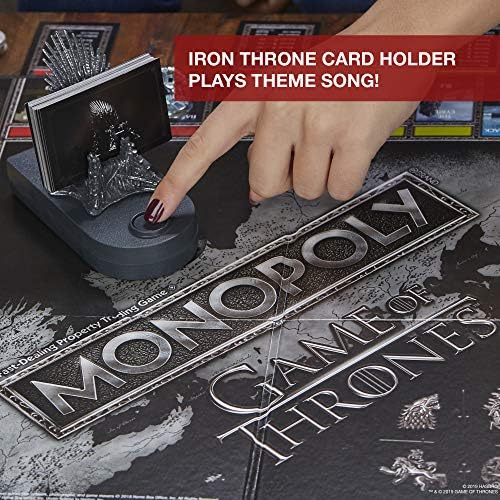 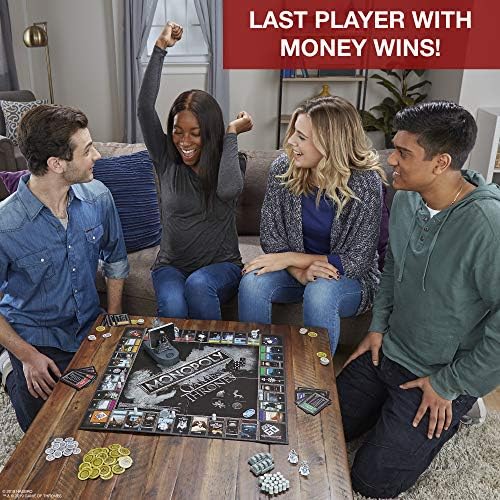 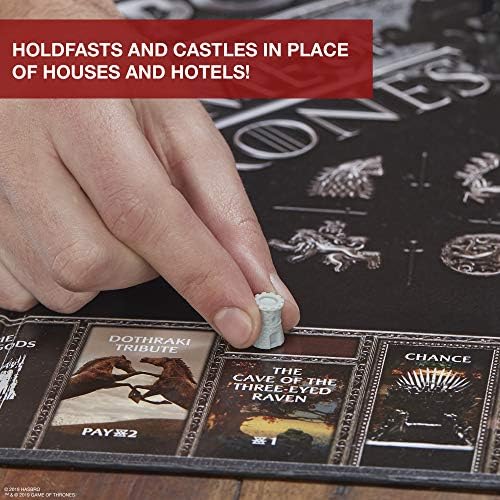 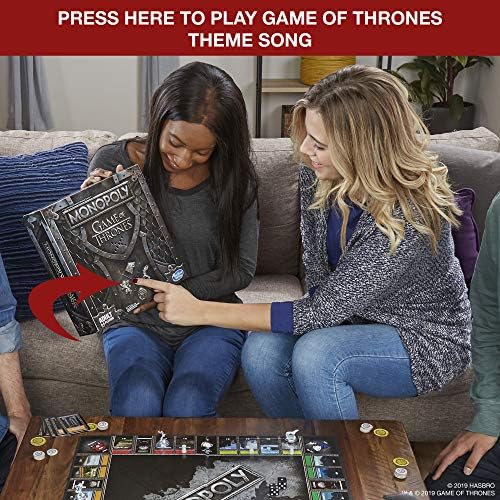 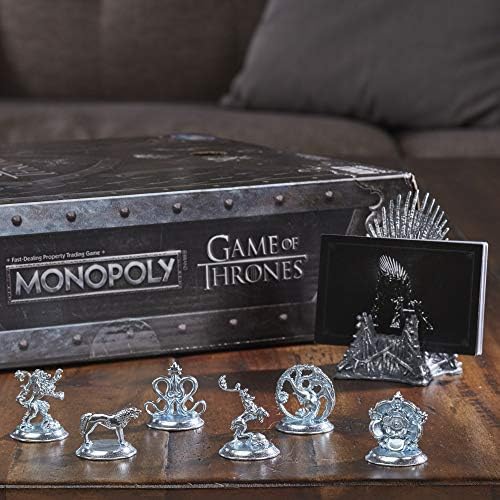 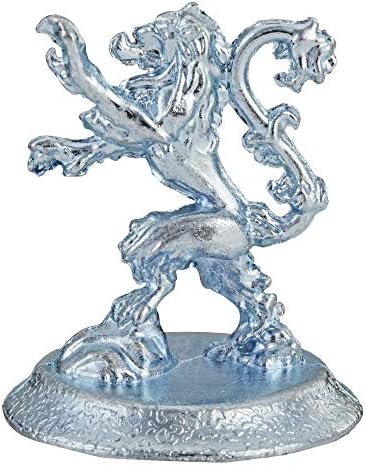 Game of Thrones meets the Fast-Dealing Property Trading Game in this Monopoly game for GOT fans. The gameboard, packaging, tokens, money, Chance cards, and game pieces are all inspired by the popular TV series from HBO. Move around the board buying as many Game of Thrones properties as you can. The more you own, the more rent you can collect from opponents. The last one with money when all other players have gone bankrupt, wins. The Game of Thrones Monopoly game makes a great gift for enthusiasts of the show.
BASED ON THE HIT TV SERIES FROM HBO: Game of Thrones fans can travel the legendary lands of Westeros as you buy, sell, and trade locations from the Seven Kingdoms in this edition of the Monopoly game
GREAT HOUSES GAME TOKENS: The 6 Monopoly game tokens are inspired by the honorary sigils of the Great Houses; who will you pledge your loyalty to?
GAME OF THRONES THEMED MONEY AND GRAPHICS: Includes 42 Gold Dragons and 53 Silver Stags cardboard coins, and the gameboard and box feature graphics inspired by the HBO TV show Game of Thrones
HOLDFASTS AND CASTLES: This version of the Monopoly game includes 32 holdfasts and 12 castles in place of houses and hotels, and the properties are locations from the TV show
GAME OF THRONES THEME SONG: Features Iron Throne card holder with a musical stand that plays the Game of Thrones theme song; press the button on the stand to play it