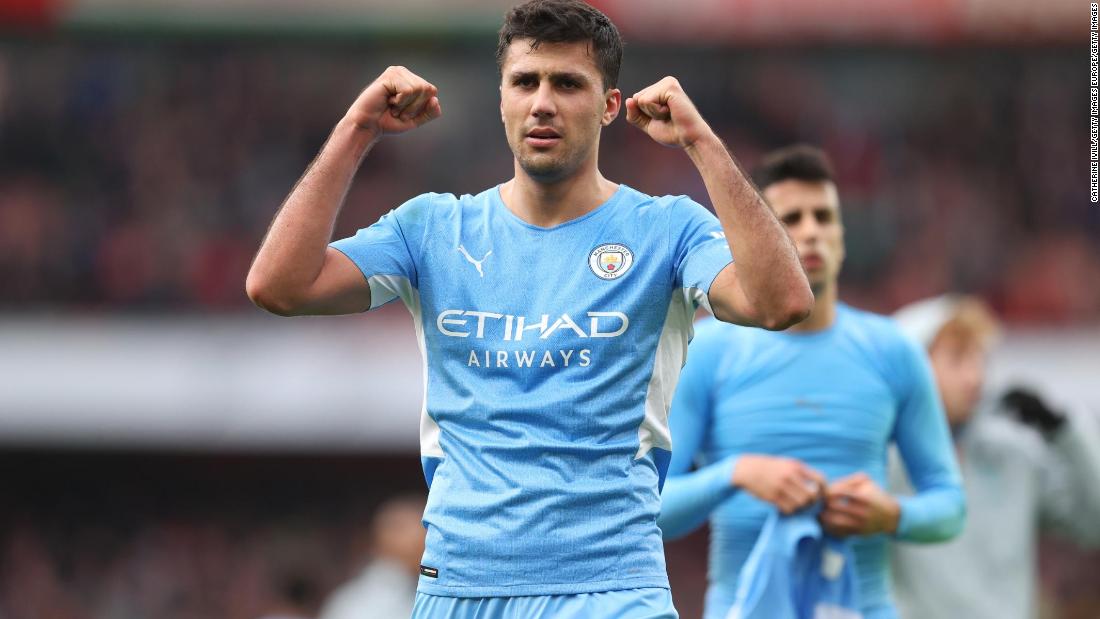 With Arsenal manager Arteta parting ways after a positive Covid-19 test, the home side really troubled City on Saturday, but sending off the second half of Gunners defender Gabriel completely changed the dynamic of the game and the spectators. scored their 11th consecutive league win.

In the first half, Arsenal claimed a penalty after Martin Edegard went down in the box under challenge from City goalkeeper Ederson, but VAR ruled that referee Stuart Atwell had made a clear and not-so-obvious error and play continued.

The home team took a deserved lead after a drifting move, which Bukayo Saka ended in style.

Just before the hour, City equalized in a frantic three minutes, giving Arsenal a golden opportunity to retake the lead and then giving Gabriel a red card.

City’s equalizer came from a penalty and this time VAR asked Atwell to review their decision not to award the penalty when Granit Xhaca grabbed Bernardo Silva’s shirt.

This time Atwell awarded a penalty and Riyad Mahrez hit the ball home, although the referee booked Gabriel for attempting a scuffle on the spot before the spot-kick.

Gabriel Martinelli somehow missed the goal after Nathan Acke took the ball off the line, before Arsenal dismissed the Brazil defender after taking a second yellow card for a foul on Gabriel Jesus.

In stoppage time, City paid their numerical advantage as Rodri scored from close.

“Testing of the entire first-team set-up revealed no further positive cases within the playing squad other than the three confirmed by Klopp on Friday,” the statement said.