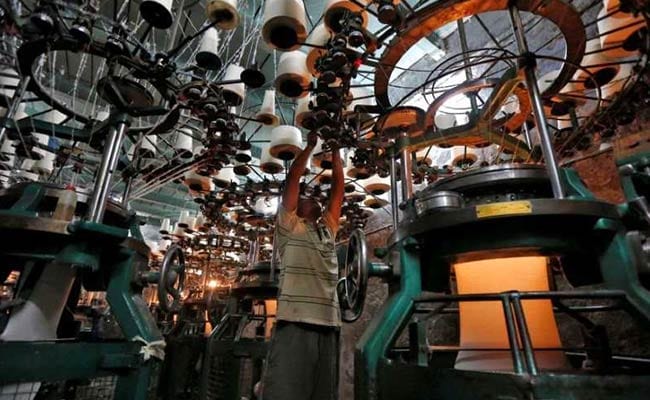 The Manufacturing Purchasing Managers’ Index fell from 57.6 in November to 55.5 in December.

Bengaluru: Bangalore: A private survey showed India’s manufacturing sector ended 2021 with an increase in new orders and production remained brisk despite losing some momentum in December, but higher price pressures were still a concern.

The Manufacturing Purchasing Managers’ Index, compiled and collected by IHS Markit on December 6-17, fell from 57.6 in November to 55.5 in December, although it remained above the 50-point mark that separates growth from a sixth-month contraction. .

The survey results reinforce evidence of a sustained recovery in Asia’s third-largest economy from the slowdown induced by the coronavirus pandemic. This and rising price pressures may add to expectations, the Reserve Bank of India, like some other central banks, will tighten its monetary policy earlier.

“Final PMI results for 2021 for the Indian manufacturing sector were encouraging, with economic recovery continuing as companies were able to secure new jobs from domestic and international sources,” Pollyanna De Lima, economics associate director at IHS Markit, said in a release. ,

While the latest survey showed that the new orders sub-index, a proxy for domestic demand, slipped to 58.4 in December, it remained above the long-term average since the gauge was introduced in March 2005. This encouraged firms to maintain solid production.

Optimism about future production strengthened last month, but concerns about supply-chain disruptions, the rapid spread of the new Omicron version of the coronavirus and inflationary pressure dampened sentiment.

Employment returned to contraction territory last month after rising in November for the first time since July; However, the pace of job losses was modest.

Although input costs increased at a faster upward trend, output price inflation fell to a 14-month low as firms did not fully pass on the burden to consumers.

“There were tentative indications that inflationary pressures had begun to ease, but companies were not particularly confident that such a trend would continue,” De Lima said.

“Despite the easing in December, input cost inflation was still operating at one of its highest rates in nearly seven-and-a-half years. Yet most firms decided to keep their selling prices unchanged to boost sales, Also there has been a marginal increase in the overall fee in December.”