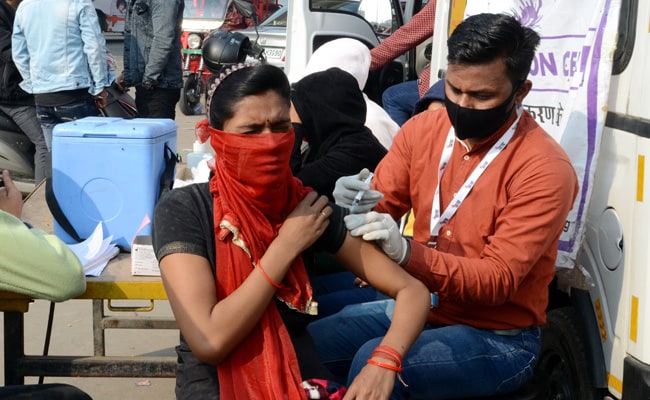 The Election Commission said that the polling personnel to be deployed in these states should be fully vaccinated. (file)

New Delhi: Days after assessing the COVID-19 situation in five poll-polled states, the Election Commission (EC) has asked them to intensify the vaccination campaign against the viral disease and ensure that those on election duty Deployed personnel should be “double vaccinated”. ,

In a recent letter to the chief secretaries of Uttar Pradesh, Uttarakhand, Goa, Manipur and Punjab, the Election Commission has also reminded five states that polling personnel fall under the category of frontline workers and are “precautionary doses” of COVID-19. are eligible for. Vaccines, sources said.

Sources citing the letter said that the commission has said that the polling personnel to be deployed in these states should be fully vaccinated and those eligible for the second dose of vaccines should be forcibly given on a priority basis.

The Election Commission is likely to announce the polling dates for five states in the first half of this month.

The Union Health Ministry had said in a few days that personnel deployed on election duty in five polling states would be included in the category of frontline workers and would be entitled to a “precautionary dose” of COVID-19 vaccines . First.

In a letter to the states and union territories, Union Health Secretary Rajesh Bhushan had said that the personnel deployed on election duty in the poll-bound states would be included in the category of frontline workers.

“As a precautionary measure, those healthcare workers and frontline workers who have received two doses will be provided one more dose of COVID-19 vaccine from January 10, 2022.

“Priority and sequencing of this precautionary dose will be based on the completion of nine months i.e. 39 weeks from the date of administration of the second dose,” he said in the letter.

The Election Commission, along with Mr. Bhushan, had assessed the COVID situation in five states on December 27 and asked the government to expedite the vaccination program in these states.

It was noted that in Uttar Pradesh, Punjab and Manipur the percentage of those who received the first dose of vaccines was still low, while in Uttarakhand and Goa it was close to 100 per cent.

The poll panel had also asked the Union Health Secretary to expedite the administration of the second dose of the vaccine to the eligible people in these five states.