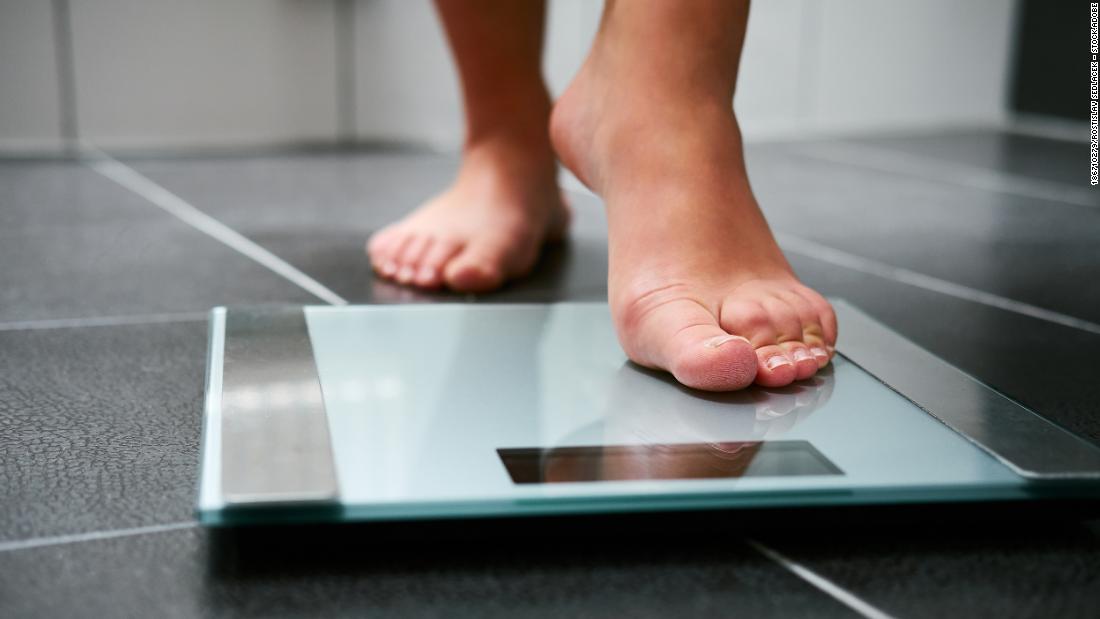 People who are overweight or obese have a higher risk of severe disease and even death from COVID-19, and a new study suggests that losing weight may reduce that risk. can go.

“We are overwhelmed by the number of patients who have really made a connection between obesity and COVID, and they need appropriate care,” said Cody Stanford, assistant professor at Harvard Medical School.

Obesity and increased risk of Kovid-19

According to an August study, people who are obese have a 46 percent higher risk of getting Kovid-19. It found that they are also at higher risk of actually getting sick, facing an 113% higher chance of being hospitalized, 74% higher risk of needing treatment in the ICU and – perhaps Most troubling – a 48% increased risk of death.
“The risk goes up and up with each increase” in body mass index (BMI), said study co-author Barry Popkin, a distinguished professor in the department of nutrition at the University of North Carolina Gillings School of Global Public Health.

Research from the US Centers for Disease Control and Prevention also found that people at the lowest risk of COVID-19 severity had a BMI between healthy weight and overweight in most cases, and the risk increased with higher BMI.
Another study that looked at the records of more than 6.9 million people in the UK found a direct increase in the risk of severe COVID-19, leading to hospitalizations and deaths from what is considered a healthy BMI; It increased with more weight.

Does losing weight reduce the risk of COVID-19?

The increased risk has made many people wonder whether losing weight can protect them from catching or getting sick with COVID-19.

Ethically, it would be nearly impossible to conduct a randomized controlled trial to determine this, according to Johns Hopkins Medicine cardiologist Dr. David Kaas. But scientists have seen how weight loss can help in trials for other diseases with similar problems.

“There’s no question, in controlled trials with obese people and people with heart failure, that if they go through a weight loss or exercise program or a combination, and we look at this marker of how they’re doing. The answer is yes, there is evidence that losing weight is a good thing,” Kass said.

The study, looking at the records of 20,212 people held over six years, was funded by a grant from Medtronic, which makes devices for weight loss surgery.

The rate of positive COVID-19 tests was similar in the surgical and control groups: 9.1% and 8.7%, respectively. In the group that had surgery, weight loss was associated with a lower risk of hospitalization, the need for supplemental oxygen, and severe symptoms from a COVID-19 infection. This patient group had a 53% lower 10-year cumulative incidence of all-cause non-Covid mortality than the control group.

“The findings suggest that obesity may be a modifiable risk factor for the severity of COVID-19 infection,” the study said.

Study co-author Dr. Steven Nissen, a Cleveland Clinic cardiologist, said it is important to understand that weight loss, not the surgery itself, was important in this study.

Surgery is only one effective way to lose weight.

“Losing weight is completely reversible,” Nissen said. “As far as we can tell, if you lose weight, your risk of severe COVID and COVID morbidity and mortality decreases.”

Why is obesity a danger?

Obesity is a problem with COVID-19 for a variety of biological reasons.

“Fat cells are living cells, and as soon as you start accumulating them, they’re essentially negatively affecting your immune system,” Popkin said. “By the word go, they’re swollen.”

Fat cells cause chronic inflammation. With obesity, there is also a risk of blood clotting, the large mass of tissue under the diaphragm makes the heart work harder, and fat in the abdomen and liver flushes out cytokine chemicals that cause tissue damage and extra-vascular issues. , all of which can make covid-19 much more serious.
Obese people also do not breathe as easily as people of a healthy weight; They can carry extra weight on the chest which can compress the lungs so that they cannot fill completely with air. So people who are obese tend to breathe slower, and the actual space where oxygen is getting in is smaller.
“It’s like when you’re lying down and breathing, and if I sit on top of your chest and you try to breathe in. It’s very hard to hold your breath when your lungs are broken,” Dr. Rekha Kumar, an anti-obesity medicine specialist and an associate professor of clinical medicine and attending endocrinologist at Weill Cornell Medical College. “If you’re starting with a compromised respiratory system and it’s a respiratory disease, you’re already at a disadvantage.”

Experts say that the problems caused by obesity have been greatly underestimated in this epidemic.

“There is no country in the world where less than 20% of adults are obese,” Popkin said.

A report in March found that the death rate for COVID-19 is 10 times higher in countries where the majority of adults are overweight.

According to the CDC, the US has one of the highest rates of obesity in the world with over 42% of the adult population. And that’s probably a conservative number, because those figures come from 2018. More than 73% of adults are considered overweight. And while the numbers aren’t as high for kids, more than 20% of those ages 6 to 19 have obesity, and more than 13% of kids ages 2 to 5 do.

“I think people don’t see obesity as a disease. They think of it as a lifestyle choice,” Cody Stanford said. “Many people think that those people just need to eat less and exercise more, but if that mantra works, we just won’t have the prevalence of obesity.”

So what should people do?

Cody Stanford said she tells her patients not to focus on losing a certain number of pounds. Instead, they should think in terms of inches. She’ll also give a target waist circumference: less than 35 inches in women and less than 40 inches in men.

Obesity isn’t just about weight or BMI, it’s about where the weight is distributed.

In general, belly fat is one of the most dangerous types. The fat in the abdominal region grows deep inside the body and wraps around the vital organs. The liver borrows this fat and turns it into cholesterol that can get into the arteries and start accumulating there. When this happens, the arteries begin to harden, and this can lead to a heart attack or stroke.

This deep layer of belly fat also makes the body insulin resistant and keeps it in a constant state of inflammation. “When you add COVID inflammation on top of that, it can increase the risk of serious illness,” Kumar said.

Better central distribution of weight is important, she said.

“Had it been better, they would have had fewer complications and fewer deaths from COVID,” said Cody Stanford. “Just looking at the weight in itself without seeing the full picture would be a flawed way of thinking about it.”

Based on studies of other diseases, Popkin says, even a person who is overweight but loses 5 pounds may see an improvement in their diabetes and high blood pressure.

“Any weight loss is positive at almost any weight level,” he said. “Just a slight weight gain can affect us health-wise.”

Popkin said weight loss isn’t nearly as protective as a vaccine or booster.

“But of course, it will have some benefit,” he said – especially coming out of the holiday season.