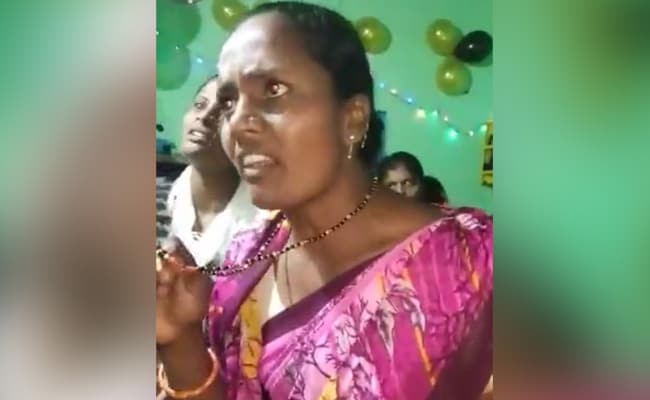 Many must have seen the video of a village in Karnataka where some brave women tell the chowkidars who entered their ordinary house to come out. The vigilantes were “accusing” women of singing Christmas songs. I refrain from giving the link of the video here as I do not want to launch a fresh attack on vulnerable women who first committed the crime of singing songs inside their house, and then dared to ask the aggressive intruders to leave.

The image from Karnataka summed up the situation even better than the video from Haridwar, where saffron-clad people called for killing Muslims. The former image showed, horrifyingly, that action is followed by provocation. It also inspiringly showed that the Indian woman is a fighter.

It is likely that the “coercion versus choice” issue will remain for India in 2022 and beyond. When we try to find out who will win, we must ask, among other things, whether Prime Minister Modi is seen as friend or foe, like those who gathered for bloodshed in Haridwar . It is very hard to know, maybe even impossible. Shri Modi, on his part, has not uttered a word to condemn the call to Haridwar. However, it is noteworthy that there was not a single praise of the Prime Minister in the Harangs of Haridwar. 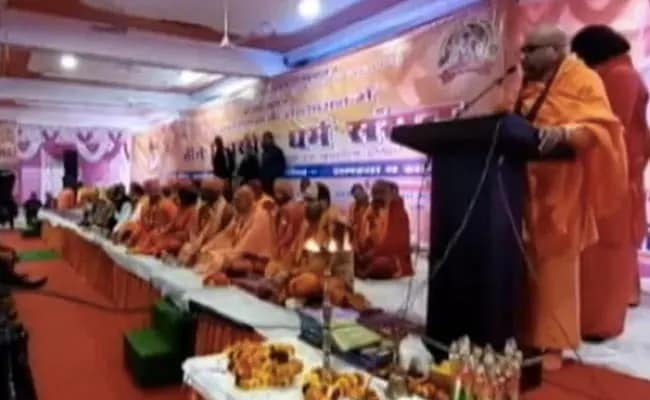 Last month, a ‘Dharma Sansad’ or ‘Parliament of Religions’ in Haridwar sparked outrage after some Hindu religious leaders took up arms against Muslims and called for genocide.

My own hunch, and that’s all, despite the Prime Minister refusing to say a word to condemn the dangerous words he said in Haridwar, this ultra-radical fringe sees him as an enemy if not a traitor. If the hunch has any logic, it lies in the awareness that every single forceful movement in history has seen merciless hostility. This was the case in the Cultural Revolution of China, in Cambodia, in Peru’s Shining Path movement, in violent campaigns in the name of Tamils ​​in Sri Lanka, campaigns under the banner of Islamic or Arab nationalism, and many more campaigns elsewhere .

There is no reason for this law of hatred to fail to work simply because it is the Hindus who are driven to hate and the Muslims who are the target of hatred. If there is truth to my hunch, and what I have called the law of hate, then our Prime Minister has reason to be concerned.

The recent attacks on churches in different parts of the country provide evidence that it is impossible to confine hatred to a single channel. Mr. Modi calls on Pope Francis in Rome; The BJP has over the years tried to garner votes from Christians in Kerala, Goa and the Northeast; Hindu nationalists have sometimes argued in favor of a Hindu-Christian front against Islam. But in practice, it has proved impossible to create hostility toward Muslim names, prayers, and places of worship, without allowing that hostility to spread to Christian hymns and churches as well. 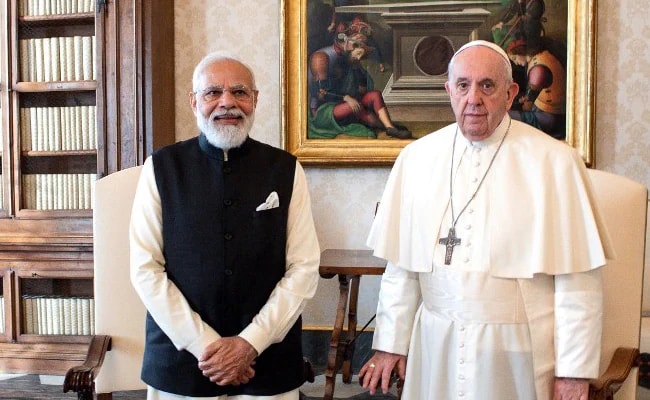 PM Modi met Pope Francis during his two-day visit to Rome for the G20 summit in October.

I am going to quote a comment made by Tejashwi Surya, a BJP MP from Karnataka, who was “withdrawn” two days after he spoke, but it is worth watching. On 26 December, Mr. Surya said that “Muslims or Christians who have converted should be brought back to Hinduism.” He said all monasteries and temples should have “annual targets” to accomplish such religious re-conversions. “There are people,” he said, “who belonged to Hinduism but had converted to Islam or Christianity. It is our duty to bring these people back to the fold of Hinduism. Also, convert Hindus to Islam in Pakistan. Must be converted. Back in the fold.”

The swift and “unconditional” withdrawal of these words has led some to conclude that immediate instructions were sent to the 31-year-old MP. We are entitled to speculate that Mr Modi would have supported such a directive if he had not initiated it, and to suspect a connection between the directive and the Haridwar call, which preceded Mr Surya’s remarks. The even bigger lesson is that hate is hard to stop or limit.

Mr Modi probably wants the world to think that in India he is leading, that people are free to believe in the religion of their choice, according to our Constitution, and that the government will protect everyone. But the world looks at the evidence and draws its own conclusions. Part of the evidence is Mr. Modi’s eagerness to remind India’s Hindu majority during election season (which means all the time) that Aurangzeb was an intolerant ruler 350 years ago, Muslim.

Two other points may be worth looking at. Not only during the Haridwar incitement, but at many Hindu nationalist events, the speakers’ emphasis has been on the threat represented by India’s Muslim numbers. Targeted by vigilantes, fed up with livelihoods, pushed into ghettos, chased by police, their names erased from maps and railway stations, and pegged at the bottom of the economic ladder, India’s Muslims considered to be at greatest risk. Security, a threat against which all Hindus must unite.

Not since 90 or 100 years ago, when Hitler and his Nazis claimed that Jews were a threat to Germany, has a vast majority been under such pressure to see themselves as a threatened minority. When future historians write about the vast majority of victims, India will be example number one.

The second thing is that along with the prestige of India, anything related to it, that is, the prestige of Hinduism, is also at stake. Think for a moment how the stage at Haridwar presented Hinduism, daring to call itself a religious hall. Did its speakers offer any philosophical views? Any moral or ethical principles? Any bridge to the rest of mankind?

If that was Hinduism, if it is India… the sentence is difficult to complete. Mercifully, both India and Hinduism are far greater, and are better represented by the mute millions who seldom speak. By people, for example, like the women of that Karnataka village.

(Rajmohan Gandhi is currently teaching at the University of Illinois at Urbana-Champaign.)

Disclaimer: The views expressed in this article are the personal views of the author. The facts and opinions displayed in the article do not reflect the views of NDTV and NDTV assumes no responsibility or liability for the same.