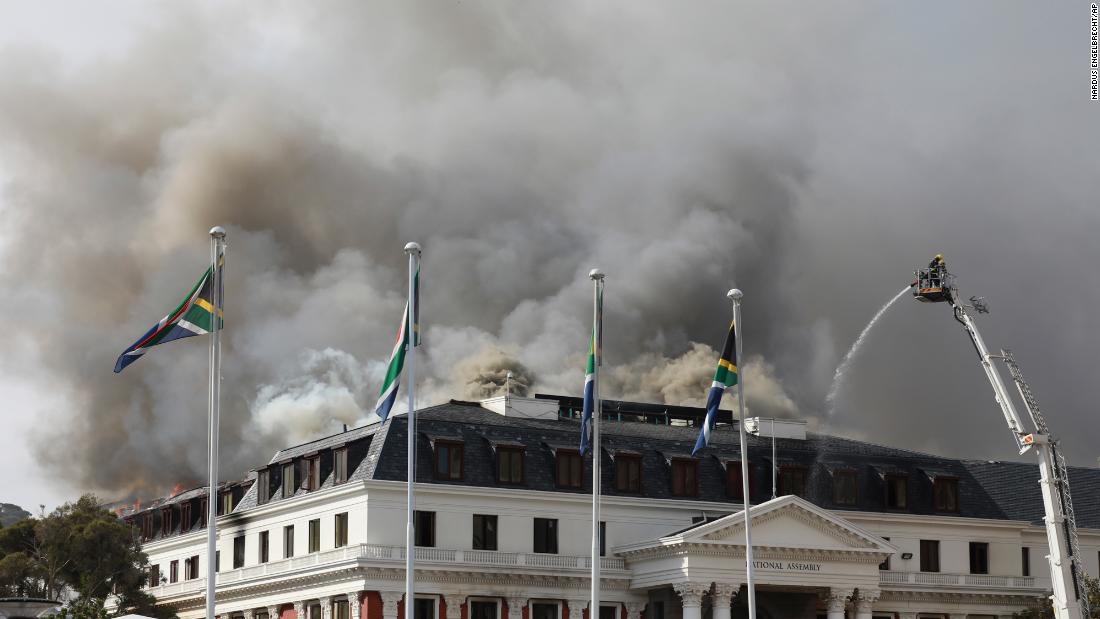 A fire broke out in Parliament on Sunday, causing the roof of a building to collapse and the Chamber of the National Assembly to be gutted. The fire broke out again on Monday, with dozens of firefighters being sent back to douse the flames once again, according to a statement from Parliament’s presiding officers.

The suspect, who appeared at Cape Town Magistrates’ Court on Tuesday, has been charged with home vandalism, theft and arson, police said in a statement. The suspect will also be charged under the National Key Points Act, an act that provides for the declaration and protection of sites of national strategic importance.

The suspect was caught with stolen property after entering the parliamentary complex in Cape Town, and members of the Security and Security Services (PSS) noticed that the building was on fire, police said. .

Further investigation into the incident and the motive of the suspect is being carried out by the Crime Against the State (CATS) team.

The Parliamentary Complex, some of which date back to 1884, consists of a group of buildings. The National Assembly, or the lower house of Parliament, is known as the New Wing. The upper house, or the National Council of Provinces, is called the Old Assembly.

According to JP Smith, a member of the Cape Town Mayoral Committee responsible for safety and security, the fire started in the office area of ​​the complex before spreading to the chambers of the National Assembly.

Smith told reporters on Sunday that “the entire parliamentary complex has been badly damaged, waterlogged and smoke has been damaged.”

“The roof above the Old Assembly Hall has been completely gutted and the offices and gym adjacent to it have been destroyed,” Smith said. “The National Assembly Chamber behind me, which you can see, burned down, the structural roof collapsed and firefighters had to withdraw in an instant.”

Images from Sunday’s scene showed flames rising from the top of a building, sending plumes of thick black smoke over Parliament and onto neighboring streets.

No injuries or deaths have been reported.