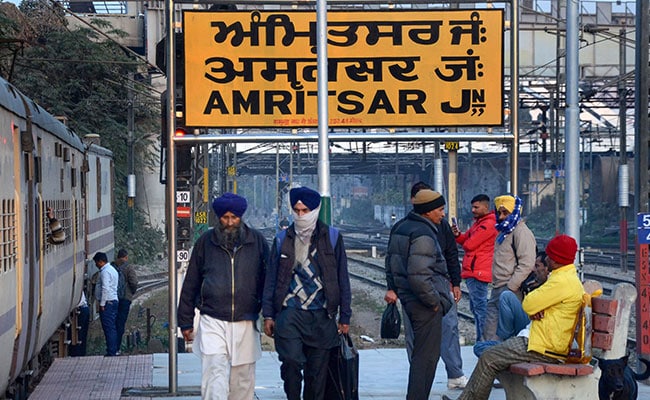 The cases of Kovid are increasing rapidly in Punjab.

Chandigarh: Schools and colleges will remain closed and a night curfew will be imposed to restrict public movement, the Punjab government ordered today following a sharp rise in the number of Covid cases in the state over the past few days.

The new restrictions were announced after a review meeting was chaired by Chief Minister Charanjit Singh Channi to take stock of the COVID situation in the state.

According to the new order issued today, all educational institutions including schools, colleges and universities will remain closed for offline classes and virtual classes will continue. However, medical and nursing colleges have been allowed to function normally.

Night curfew will be in force from 10 pm to 5 am. The new order states that bars, cinema halls, multiplexes, malls, restaurants, spas, museums and zoos can operate at 50% capacity, provided all staff members are fully vaccinated.

The new set of restrictions will remain in force till January 15.

Sports complexes, stadiums, swimming pools and gyms have been closed and only players training for national or international events will be allowed entry.

The new order also states that only fully vaccinated employees will be allowed to go to government and private offices.

The fresh restrictions have been imposed in the midst of a high-pitched assembly election campaign marked by crowded rallies and political gatherings.

However, no restrictions have been announced regarding political gatherings or rallies.

The cases of Kovid are increasing rapidly in Punjab. The state which registered 51 cases on December 28 registered 419 cases yesterday. Notably, the number of samples tested declined during this period, leading to an increase in positivity. The positivity rate, an indicator of the spread of infection in the community, rose from 0.46 per cent on December 28 to 4.47 per cent yesterday.