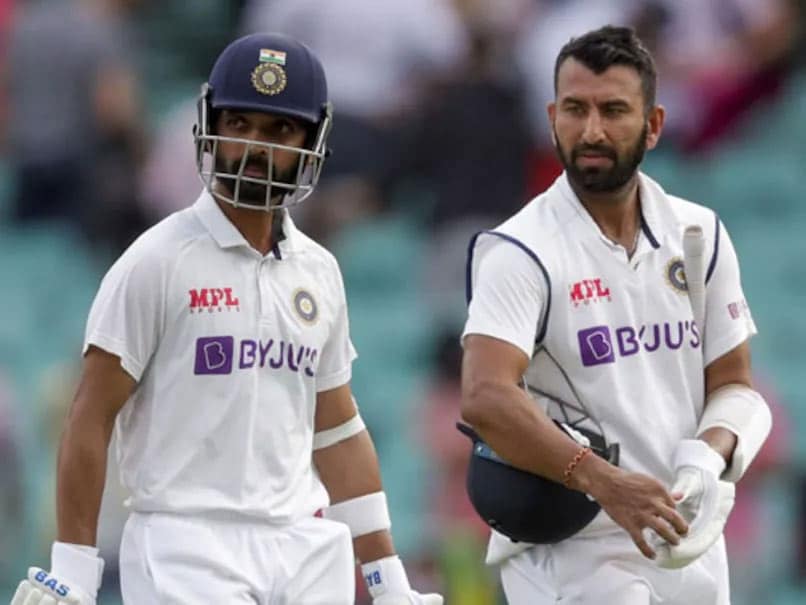 With Cheteshwar Pujara and Ajinkya Rahane in poor form in the ongoing Test series against South Africa, India wicketkeeper Dinesh Karthik shared his perspective on the situation and revealed that head coach Rahul Dravid is ready to take the two out. In the ongoing second Test for India, Pujara was dismissed for only three runs off 33 balls and Ajinkya Rahane lost his wicket for a golden duck in the very next ball. The visitors faced a great batting line-up, but KL Rahul’s half-century and Ravichandran Ashwin’s 46-run knock helped them post 202 runs in 63.1 overs. Many fans especially Rahane, were annoyed with Pujara’s performance and Kartik feels that Dravid will have to take “some tough decisions”.

Karthik said, “I think Rahul Dravid will have to take some tough decisions and if it means giving up on one or both of them, he will be ready because he knows he has been given a long rope before. Is.” On Cricbuzz.

He also explained that Dravid would need to analyze the situation as he recently took over the role of head coach after India’s exit from the T20 World Cup in November 2021.

“There have been three Test matches now when he’s been the coach and you don’t want to, you know in many ways, just you know, making big decisions early in the day sets the ground on fire. So, I think He waits, taking his time, trying to clearly assess what he can contribute to her in his career”, he said.

Karthik also said that Rahane’s removal from the Test vice-captain could be a sign of things to come.

“Obviously there was a hint earlier also when Rahane was dropped from the vice-captaincy. So, they are looking ahead now. It was given to Rohit Sharma, but he is not there,” he added.

Rahane has not been able to score a fifty in his last nine innings in Test cricket and has not scored a single century in his last 25 innings. The batsman last scored a century in the 2020-21 Border Gavaskar Trophy.

Meanwhile, Pujara has not scored a single century in his last 45 innings and he last scored a century against Australia in January 2019. He has not even scored a fifty in his last seven innings in Test cricket.

In response to India’s first innings total, South Africa’s batting performance has also been poor and will be hoping to cut the deficit.