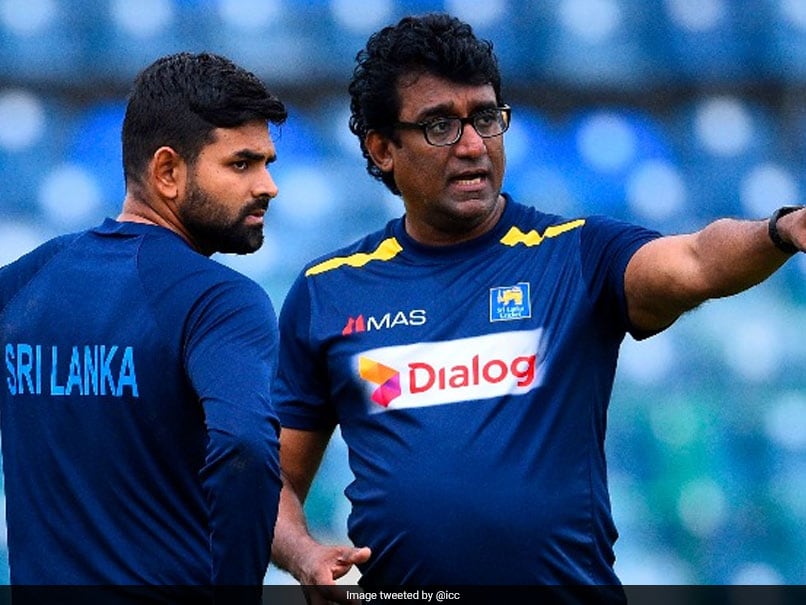 Rumesh Ratnayake has been appointed as the interim coach of Sri Lanka for the Zimbabwe ODI series.© ICC/Twitter

Sri Lanka on Tuesday appointed fast bowling coach Rumesh Ratnayake as interim head coach for the upcoming home ODI series against Zimbabwe. Sri Lanka Cricket said the 58-year-old will be the coach of the team for the three-match series starting January 16. Sri Lanka are yet to confirm a long-term replacement for Mickey Arthur, who stepped down as head coach last month. Former Test captain Mahela Jayawardene – who was recently named as the advisory coach of the national team – will not be available for the Zimbabwe series as he will be in the Caribbean with Sri Lanka’s Under-19 side.

The ODI series will be played on January 16, 18 and 21 at the Pallekele Stadium in the central city of Kandy.

Plans to organize three Twenty20s with Zimbabwe were postponed due to Sri Lanka’s upcoming tour of Australia.

The Zimbabwe series comes on the heels of Sri Lanka’s 2-0 Test series win over West Indies.

That tour was last witnessed by Arthur, who left last month to coach English county side Derbyshire.

Australia’s five-match T20 tour of Sri Lanka is to be held on February 11-20.