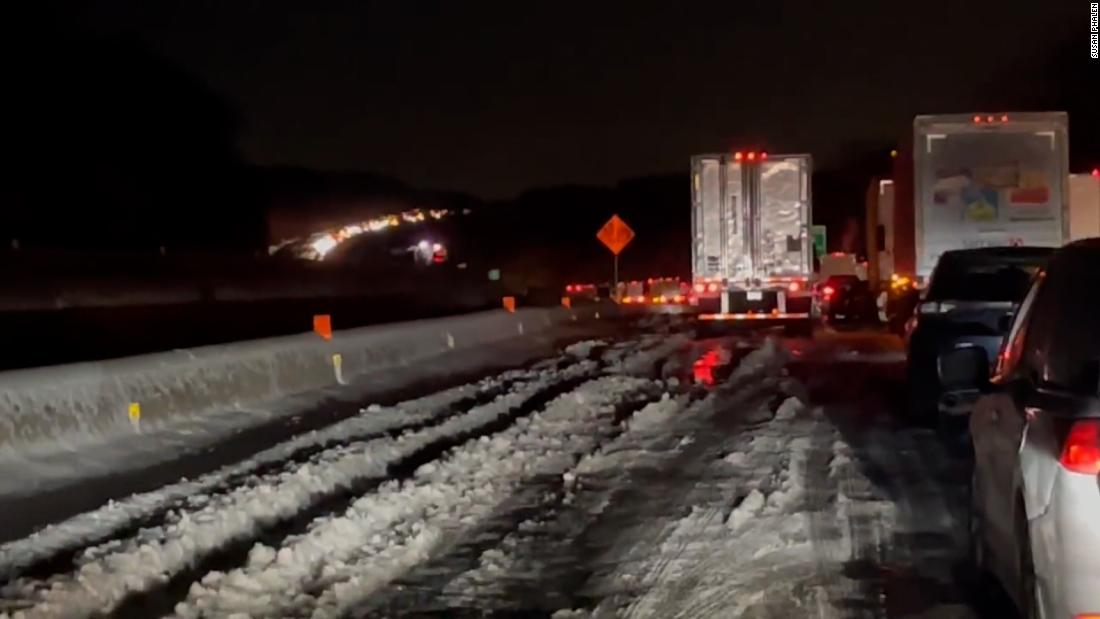 Drivers have been stranded for hours on a major interstate in eastern Virginia – some from Monday to Tuesday morning – due to a massive backup due to a severe winter storm, sending officers in to clear the way.

Vehicles were still partially stranded in the Fredericksburg area shortly before sunrise on Tuesday due to inefficient trucks, and some passengers have been stuck since Monday morning, the Virginia Department of Transportation (VODT) said.

The stranded vehicles were on the portion of I-95 between Exit 104 near Carmel Church and Exit 152 on Dumfries Road—the approximately 50-mile stretch that runs Fredericksburg between Richmond and Washington, DC.

That 50-mile route was closed Tuesday morning so workers could clear out stalled trucks and treat the road to freezing, VODT said,

Motorists expressed their anger on social media as they sat in vehicles, unable to move and worried about falling temperatures after a storm that dropped several inches of snow in the mid-Atlantic and Southeast and caused 400,000 More than one customer left without electricity.