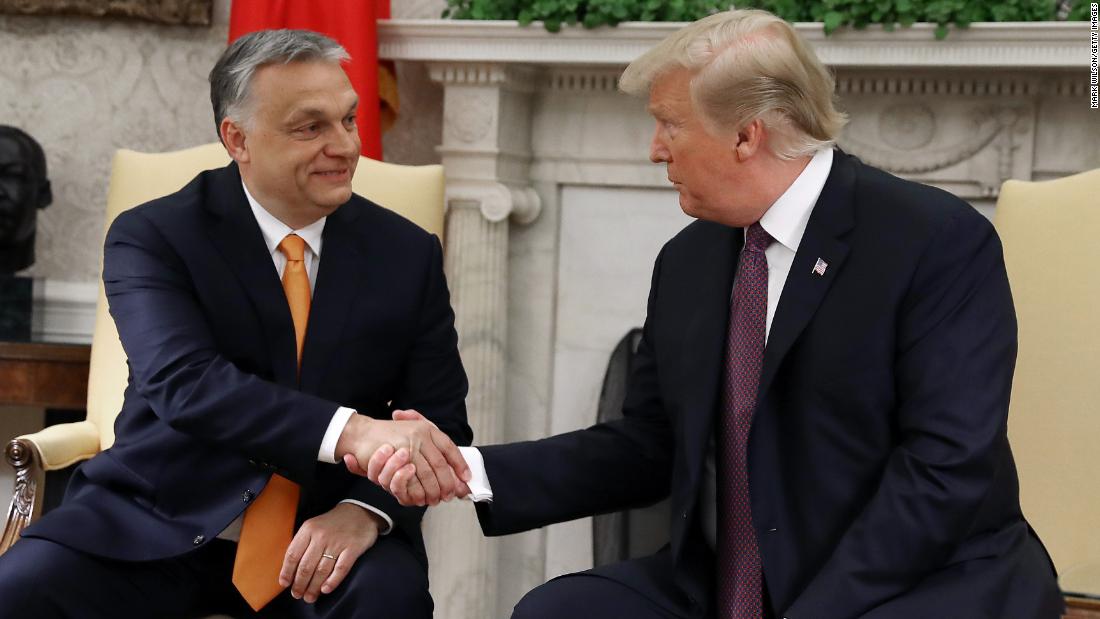 Which in itself is not surprising. After all, Trump was an open admirer of Orban’s time in office — even going so far as to welcome the prime minister to the White House in 2019, an honor Orban has long denied by previous US presidents. And Orban will be up for a fourth term this spring, which explains Trump’s support timing.

But, the words Trump used to endorse Orban are worth spending some time on as they are revealing the importance the former president places in a leader. Here’s Trump Support:

“Hungary’s Viktor Orbán truly loves his country and wants security for his people. He has done a mighty and wonderful job protecting Hungary, stopping illegal immigration, creating jobs, doing business, and the upcoming Should be allowed to do this in elections. He is a strong leader and respected by all. He has my full support and support to be re-elected as Prime Minister!”

I want to draw your attention specifically to two adjectives that Trump used in endorsement: “powerful” and “strong.” And I must suggest that Trump is not in spite of his authoritarian tendencies but for Orban. Since from them.

Consider what Orban has done in recent years to consolidate power and establish himself in the mold of an ideal authoritarian:
1. Occupied the university system in the country
3. Textbooks changed to reflect their anti-immigrant stance
4. crack down on independent media

There is much more – and more – but you get the general gist: Over the past decade Orban has sought to consolidate power and eliminate both his opposition and the country’s independent media. And Trump praises him for it.

And it’s not just Orban. During Trump’s time as a presidential candidate and then in office, he regularly praised authoritarian leaders for their strength and ferocity. (Emphasis below is mine.)

On Russian President Vladimir Putin: “Man very Strong control over a country. Now, it’s a very different system and I don’t like this system, but certainly in that system, he has been a leader. There have been more leaders than our President.”
On Chinese President Xi Jinping: “And I like President Xi very much. I consider him a friend, and – but I like him very much. I know him very well. He is one strong general management perspectiveYes Gentleman, isn’t it? any one – that’s the one strong man tough man,
On Turkish President Recep Tayyip Erdogan: “President Erdogan. He is HarshBut I get along with him. And maybe that’s a bad thing, but I think it’s a really good thing.”
The point here is very simple: Trump very much believes it may be right. He admires authoritarians like Orban (and Brazilian President Jair Bolsonaro, whom he supported last year) because they are attracted by their ability to do whatever they want whenever they want. He is not concerned with the effects of having a leader like Orban on a free society. His thought process never goes that far; It’s just that these people are tough, and Trump not only likes tough but aspires to be tough like him.

Of course, there’s a big difference between being strong (or tough) and being fair. Power is not knowledge – and often power undermines knowledge.

It seems Trump doesn’t understand that difference – or just doesn’t care. Leaders in their minds take away as much power as they can. Which explains not only his support for Orban but his continued efforts to undermine the free and fair 2020 presidential election.