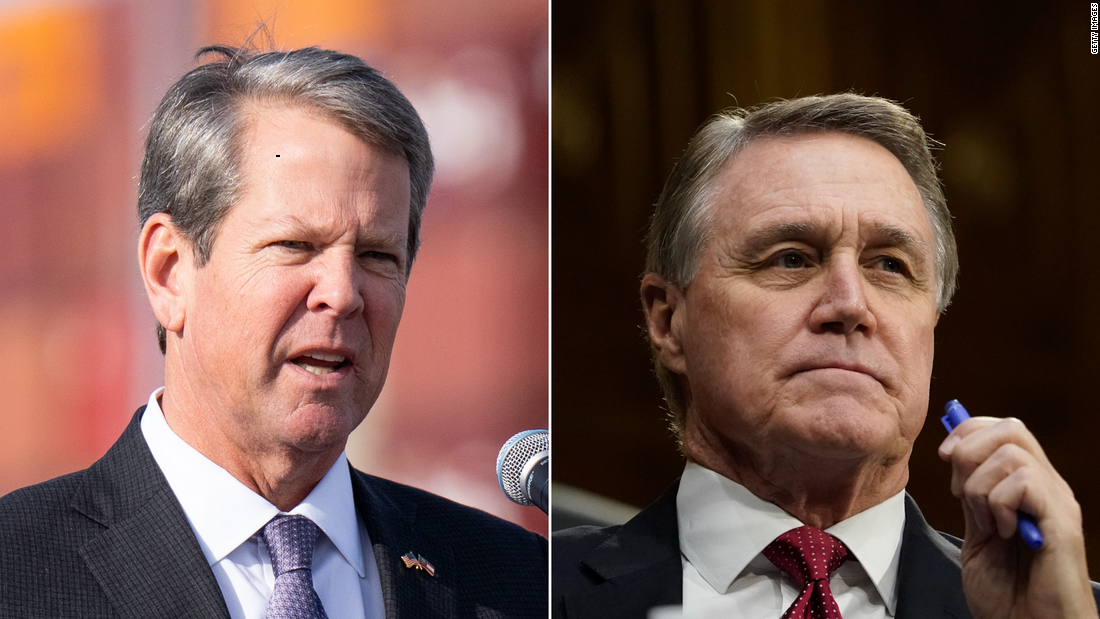 And yet, even before reaching the general election, Kemp faces a synthetic primary challenge from the right by former Sen. David Perdue, whose campaign is based on re-running the 2020 election. Purdue isn’t running because it has serious policy differences with Kemp. His entire campaign is based on a political divide that is still thriving within the GOP that threatens the direction of the party.
By the numbers, Kemp’s record as governor is one that any Conservative should be proud to take to war. During the pandemic, Kemp has balanced life with livelihood and resisted the harsh shutdown measures supported by our allies in blue states. November’s jobs report showed Georgia’s unemployment rate falling to 2.8%—the lowest rate in our state’s recorded history. We ended the 2021 budget year with a surplus of about $2.2 billion and a rainy day fund of $4.3 billion — the state’s legal limit.
Meanwhile, Perdue is a former senator as he failed to pass the challenge of Democrat John Osoff. He failed to work hard enough during the campaign, including refusing to debate Ossoff, and then focusing on some of his runaway messages that mimic Trump’s lies about voter fraud. His defeat handed control of the US Senate to Democrats, who now need moderates like Sen. Joe Manchin of West Virginia to put the brakes on the Biden administration’s agenda.
Perdue’s campaign message for 2022 is as simple as it is misleading: it’s promising to carry the torch of Trump’s baseless election conspiracy theories. Among other lies, Trump claimed 5,000 dead people voted in Georgia. Election investigators took a look and found only four absentee ballots from voters who had died, all of which were returned.
Despite the absence of facts or evidence, Purdue remains adamant on spreading the disapproved claims – raising the prospect of handing over the keys to the governor’s mansion to Abrams, who is currently seeking his party’s nomination unopposed. Make no mistake: For conservative voters, Governor Abrams risks everything that’s dear. When she preaches as an “irrelevant progressive,” we must take it at her words.
But then, the intrapartisan dispute in Georgia marks a broader national debate for a Republican party that is calculating with its past and plotting its future. We recently lost former Senate Majority Leader Bob Dole of Kansas, our one-time standard-bearer and a real American hero, followed by Sen. Johnny Isaacson of Georgia, who died of a year with Parkinson’s disease in December. He died after the fight.
There are immediate lessons the GOP can draw from both Dole and Isaacson. Both were staunch conservatives. Neither could ever be marked as a moderate, as their failed primary opponents learned the hard way. But they were also willing to roll up their sleeves and work down the aisle to find common ground—and they did it with a smile. After his passing, warm wishes poured in from all corners – including Democrats. The tribute was filled with stories of kindness and compassion, and genuine authenticity.

Dole and Isaacson both knew that winning the primary was half the battle. If we focus only on winning the first half, rather than the entire game, we are setting ourselves up for failure. Right now in Georgia, our state’s Republicans are focusing on destroying each other—and ignoring the growing threat from the other party.

Isaacson’s funeral takes place on January 6, 2022 – a year after that dark day when pro-Trump forces stormed the US Capitol. This is a period that must be observed before the party can earn the right to rule again.

The current state of the GOP cries out for the type of consensus-building leadership expressed by stalwarts like Dole and Isaacson. They may be gone, but their lessons may live on in the next generation of GOP leaders. The stakes are high not only for the future of our party but also our country. Let’s hope we get it fixed.