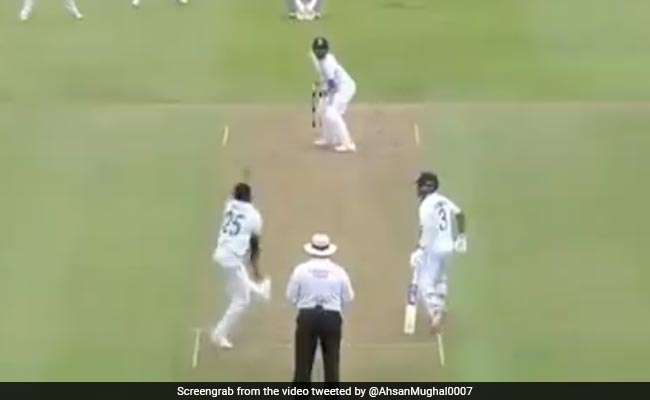 Virat Kohli hit a “rare” six during the first day of the ongoing third Test between India and South Africa in Cape Town. During his gritty 79 runs, the Indian red-ball captain hit 12 fours and a six. This was also Kohli’s fifth six in Test cricket since 2019, according to renowned statistician Mohandas Menon. Menon also said that the luck of the batsmen of Rohit Sharma, Mayank Agarwal and Rishabh Pant is opposite to that of Kohli to hit maximums. During this, Rohit hit 51 sixes, Mayank 25 and Pant hit 18 sixes.

On the first day, Kohli’s six came off the ball of Kagiso Rabada in the 41st over. It was also India’s first maximum match.

A rare six for Virat Kohli in Tests!
His six in Cape Town today is only the fifth in the last three years!
During this period Rohit Sharma, Mayank Agarwal and Rishabh Pant have hit 31, 25 and 18 sixes respectively!#IndvSA #IndvsSA #SAvIND #INDvsSA

Interestingly, during the same period, Umesh Yadav has also hit more sixes than Kohli by scoring 11 runs in 155 balls.

India were bowled out for 223 in their first innings as most of the batsmen were disappointed except for skipper Kohli. KL Rahul, who scored a century in the first Test, could only add 12 runs to the scoreboard.

Under-fire Cheteshwar Pujara missed out on his half-century after scoring 43 off 77 balls.

Ajinkya Rahane’s poor form continued and he could only score nine runs in 12 balls.