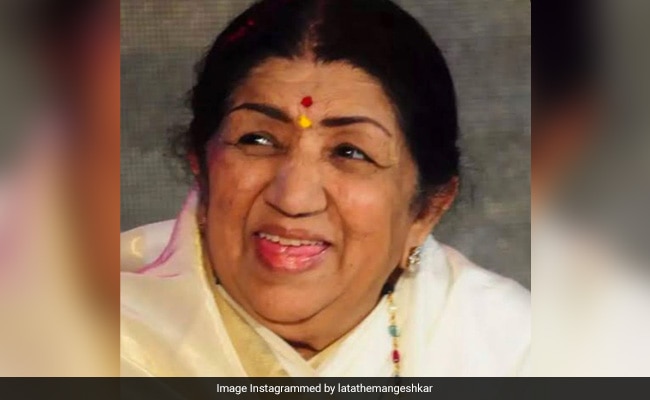 Lata Mangeshkar is back. (courtesy latamangeshkar)

New Delhi: Lata Mangeshkar was taken to the intensive care unit of Breach Candy Hospital in Mumbai on Tuesday after testing positive for COVID-19. News agency ANI reported that the veteran singer is also undergoing treatment for pneumonia. The 92-year-old singer will be kept under observation for the next 10-12 days, ANI reported. Dr Pratit Samdani, who is treating Lata Mangeshkar at Mumbai’s Breach Candy Hospital, said, “She has both COVID-19 and pneumonia. Due to old age, it will take time to recover,” news agency ANI reported. ”

After the singer was hospitalised, Lata Mangeshkar’s niece Rachna confirmed to NDTV that she was suffering from mild COVID and was in the intensive care unit. He also said, “Keep him in your prayers. Your prayers are priceless.”

Lata Mangeshkar’s musical gems need no introduction. He has sung in Hindi, Marathi, Bengali and other regional languages. He has been honored with Bharat Ratna, Padma Vibhushan, Padma Bhushan and Dadasaheb Phalke Awards as well as several National and Filmfare Awards.

Lata Mangeshkar started singing in 1942 to support her family after the death of her father Pandit Deenanath Mangeshkar. He was a classical singer and theater actor. Lata Mangeshkar got her first big break in Bollywood with the song Dil Mera Toda from the 1948 film Majboor. However, his song Aayega Aane Waal from the film Mahal (1949) became his first major hit.

(with inputs from ANI)