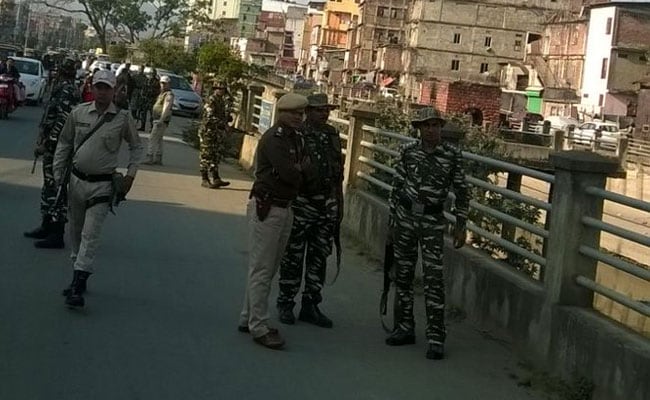 The explosions damaged properties but Nudi was injured. representational

Imphal: Two powerful bombs, including an Improvised Explosive Device (IED), exploded in front of the residences of two Congress leaders in two districts on Wednesday as pre-poll violence continued in Manipur, police said.

However, no one was injured in the blasts in Imphal West and Imphal East districts.

According to the police, the IED blast took place in front of Congress leader K Ratankumar’s residence at Kangla Sangamshang in Imphal East district. The vehicles parked in his house were badly damaged.

The second blast, which took place at Samurau in Imphal West district near the house of former MLA Salam Joy Singh, damaged the gate and the front part of the Congress leader’s residence. Both Mr. Ratankumar and Mr. Singh are candidates of Congress ticket from Khurai and Wangoi assembly constituencies respectively.

Security forces reached both the places and launched a search operation to nab the attackers. People from both the areas demonstrated in front of the residences of Congress leaders in protest against the bomb blasts.

Wednesday’s blasts are the second violent pre-poll incidents after the Election Commission on Saturday announced the schedule for two phases of elections to the 60-seat Manipur Assembly to be held on February 27 and March 3. The counting of votes will take place on March 10.

Earlier on January 9, two people, including a police commando, were shot dead by unidentified assailants at Wangoi in Imphal West district. Wednesday’s violence was the sixth violent incident in Manipur in less than two months, although no one has been arrested or claimed responsibility in connection with the attacks.