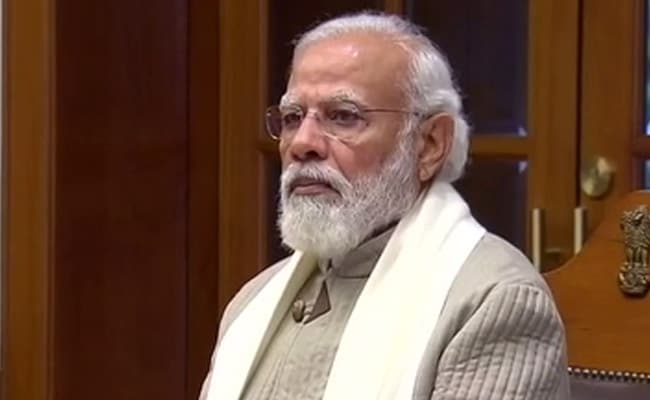 New Delhi: Prime Minister Narendra Modi is presiding over a meeting of the BJP’s Central Election Committee ahead of the assembly elections in Uttar Pradesh next month. The PM attended the meeting – held at the party’s headquarters in Delhi – online, after 42 staff members tested positive for Covid yesterday.

Apart from the Prime Minister, Defense Minister Rajnath Singh and Transport Minister Nitin Gadkari, both of whom have also tested positive for COVID, also joined virtually.

Home Minister Amit Shah and UP Chief Minister Yogi Adityanath as well as his deputy Dinesh Sharma and Keshav Prasad Maurya are present at the party headquarters.

Among the big issues to be discussed today are whether Yogi Adityanath will contest the elections or not; If he does, he will most likely be from one of the two temples – Ayodhya or Mathura.

Adityanath never contested assembly elections. He has previously represented the Gorakhpur Lok Sabha seat five times, and is currently a member of the state’s Legislative Council.

Sources told NDTV yesterday that the party was trying to build more of its brand as a symbol of Hindutva to counter the negative pressure over the shock exit of seven MLAs, including cabinet ministers Swami Prasad Maurya and Dara Singh Chouhan, in the last 72 hours. is considering this step. ,

Sources said that the final decision will be taken by Prime Minister Modi.

Today’s meeting is after the marathon session held on Tuesday and Wednesday to finalize the list of candidates who will contest in the first two phases, which will be on February 10 and February 14.

In these phases, a total of 113 seats in the western part of Uttar Pradesh will go to polls.

The BJP’s core group for the UP elections under the leadership of Amit Shah met for more than 14 hours on Wednesday.

The core group also met for more than 10 hours on Tuesday, during which Mr Shah reviewed region-wise and took feedback from regional leaders about the ground realities in the state.

The meetings held in the last three days indicate that the BJP is firmly in election mode ahead of elections in five states – UP, Punjab, Goa, Uttarakhand and Manipur – in the next two months.

In UP, the Yogi Adityanath government is facing a tough test from Akhilesh Yadav’s Samajwadi Party and his ‘rainbow alliance’ of regional parties, especially the non-Yadav OBC communities.

BJP is trying to do something similar with Apna Dal’s ally Anupriya Patel and Nishad Party’s Sanjay Nishad, both of whom met Amit Shah yesterday to discuss seat-sharing.

In 2017, BJP had given 11 seats to Apna Dal and eight to Omprakash Rajbhar’s Suheldev Bharatiya Samaj Party. This time Mr. Rajbhar has joined hands with Samajwadi Party.