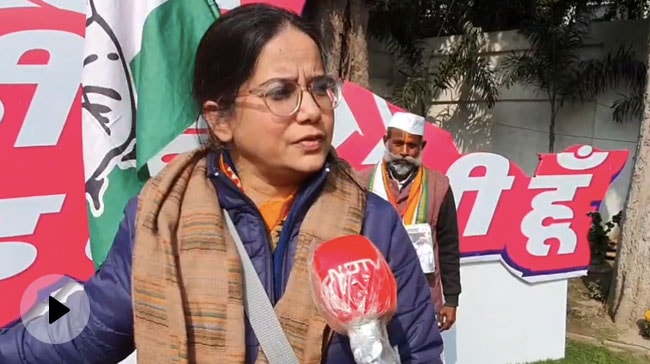 Actor-activist Sadaf Zafar, who was arrested and jailed during the 2019 anti-citizenship law protest in Lucknow, has been given a ticket by the Congress to contest the assembly elections from a seat in Lucknow. Ms. Sadaf was arrested during a social media live during the 2019 protests in Lucknow and later alleged that she was tortured in police custody. After the announcement, Ms. Sadaf, speaking to NDTV, said that she was not a ‘political mild’.