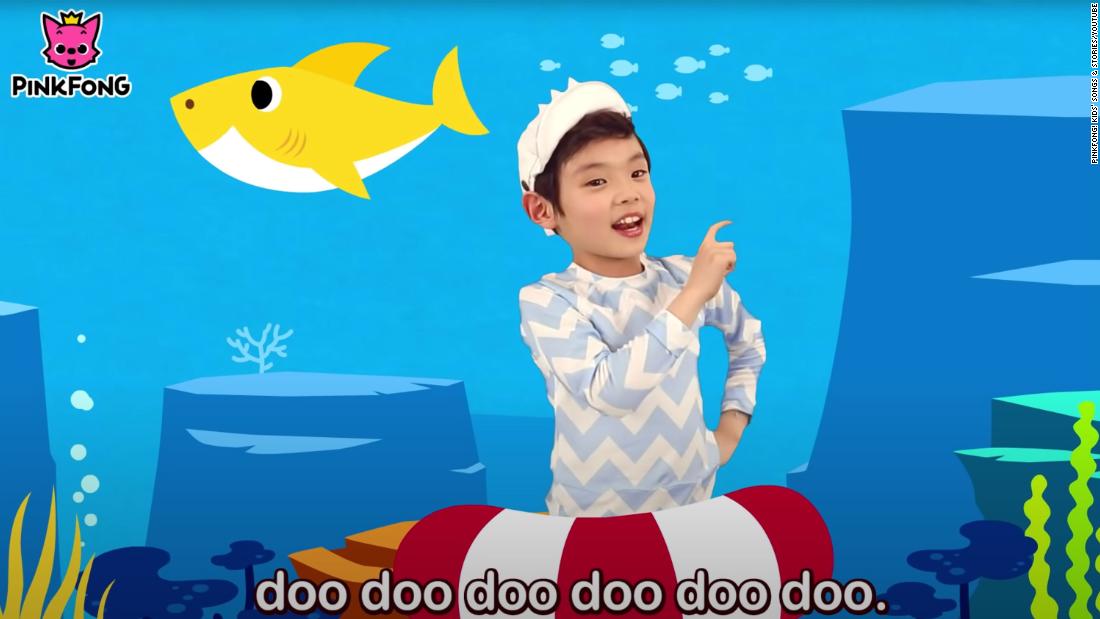 Not only is it the most viewed video on the platform, a record set in November 2020, but it is now the only video on the site to reach 10 billion views, YouTube confirmed to CNN.
Kids Song, mastermind by South Korean educational company Pinkfong and performed by Korean-American singer Hope Segoin, debuted in 2016 and was a viral hit in Asia, but didn’t jam itself into the collective consciousness of Americans until 2019. Since then, it has been turned into an entire World Series-winning season of a Nickelodeon TV show, a cereal, a live show and the rallying cry of the Washington Nationals. It made it to the Billboard Top 40 at one point and inspired the Jamie Tart chant on Apple TV+’s “Ted Lasso”.

YouTube’s most-viewed video shows two real babies performing the “Baby Shark Dance” while Titanic animated sharks and their family – including the mustache “Grandpa Shark” – swim in peace and Later they try to hunt the children. However, they fail, and the children celebrate their safety while the sharks watch from afar, thorns in the fins.

Its success was somewhat accidental: in 2019, Pinkfong’s US CEO Bin Jeong told CNN that the company didn’t expect the clip to go off the way it was, as he said, “those who make it, they make it on their own.” But make.”

To celebrate the most recent “special milestone,” Pinkfong invited kids around the world to share their “Baby Shark Dance Moments” with the company.