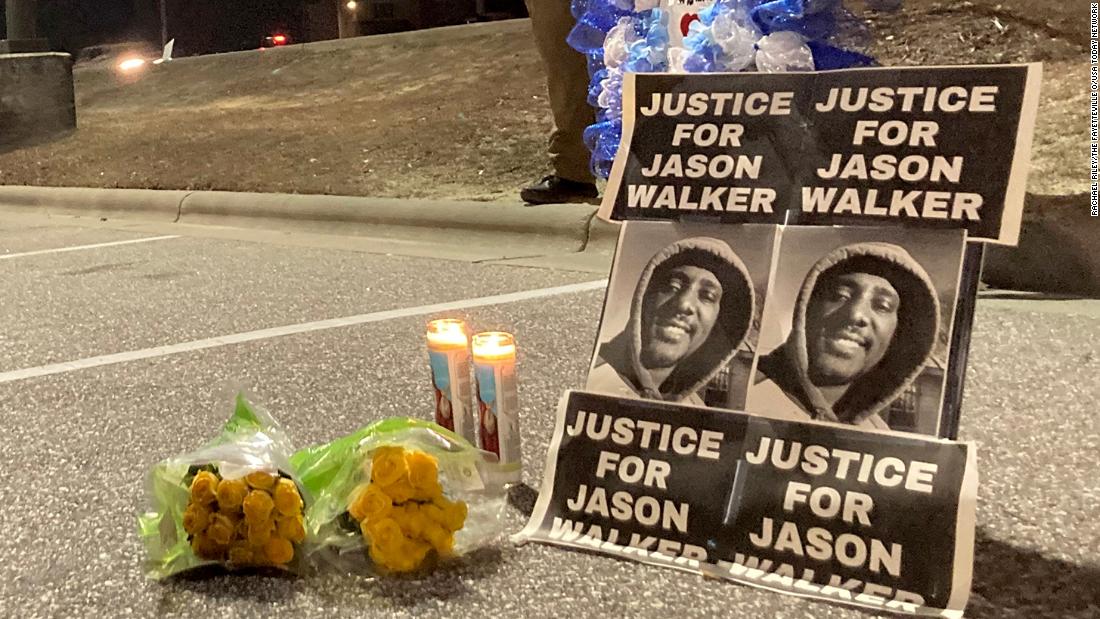 Judge James Ammons Jr. ordered the release of bodycam videos of three Fayetteville Police Department officers who responded to the scene where Walker was shot.

Fayetteville Police Chief Gina Hawkins requested permission from the court to release the video, which she said were statements from three witnesses.

“FPD is seeking the public release of the recording of the witness’s statement in order to advance the compelling public interest, the release will not pose a serious threat to the impartial administration of justice,” she wrote in the filing.

The North Carolina State Bureau of Investigation is leading the investigation and so far no charges have been filed. The Cumberland County Sheriff’s Office has confirmed that Hash, who has been with the department since 2005, is now on administrative leave pending an internal investigation.

According to his attorney, Ben Crump, Walker’s family has still not received any details of the autopsy or preliminary findings of the investigation.

“We had to stop this vicious cycle of shootings in America first and then asking questions. That’s unacceptable,” Crump said Thursday night at a meeting at Good Hope Missionary Baptist Church in Fayetteville.

Crump said Hash was an officer who had to be trained to protect people, not take lives.

According to police, a preliminary investigation revealed that Walker “run into the traffic and jumped on the (moving) vehicle” which was being driven by the sheriff’s deputy. According to a statement Saturday by Fayetteville Police, “the driver of the vehicle shot[Walker]and notified 911.”

“I had a guy jump on my vehicle and break my windshield. I just shot him. He jumped on my vehicle. I just had to shoot him,” Hash told the dispatcher about four minutes into the 911 call. told.

On Saturday evening a bystander posted a video that began moments after Walker was shot.

It shows a man standing beside the driver of a red pickup truck while making a call on a cell phone. One man appears lifeless and covered in blood on the ground next to him, and at least two people are seen on the ground trying to aid the man. Uniformed police officers arrive about 45 seconds after the video starts.

On Sunday, Chief Hawkins said an analysis of the vehicle’s so-called “black box” showed that “the vehicle did not impact anything or anyone,” and that a windshield wiper was torn and the windshield was torn in several places. was broken.

“It is important to share some of the confirmed facts of this case with the public to ensure transparency as the investigation progresses,” he said. and said that the weapon used by Hash was not his service weapon.