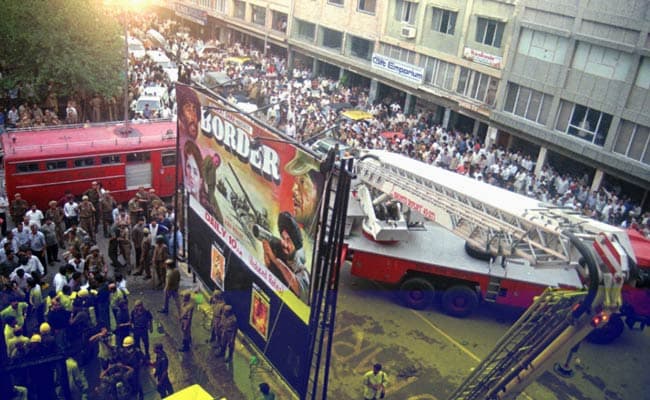 New Delhi: The Delhi Police on Friday argued before the Delhi High Court that there was no presumption of innocence on the part of real estate businessmen Sushil and Gopal Ansal after their conviction in the Uphaar Cinema tampering with evidence case and their seven-year jail term was commuted. should not be suspended.

He said Ansal, who along with other co-accused conspired to tamper with evidence to “secure advantage” in the trial in the Main Uphaar cinema fire case, is still taking advantage of the delay as they now seek suspension of sentence. are doing. because of their old age.

A sessions court in December rejected his plea to suspend the conviction by a magisterial court and refused to release him on bail.

“There is no suspension of innocence now. Is it so harsh and illegal that the court would intervene?.. The prosecution was forced to record secondary evidence. There was a considerable delay in the trial. They are reaping the benefits even today when they said I am old, let me go,” said Mr. Prasad.

He also told the court that the appeal against the conviction is ready for hearing before the sessions court, which has agreed to expedite it.

Mr Prasad further stated that the accused were fully aware of the prosecution case against them and thus there was no prejudice against them.

On the previous occasion, the SPP had argued that every effort had been made to delay the trial and had repeatedly sought the intervention of the court so that the trial could proceed and that now, after the conviction, the convict would be eligible for his sentence. The grounds of old age cannot be taken for suspension.

The police had earlier told the High Court that it had serious objection to the release of the Ansal brothers due to the third wave of the COVID-19 pandemic and argued that the nature of the offense was such that it put the entire system in jeopardy.

Senior advocate Arvind Nigam, representing Sushil Ansal, had argued that the “malformed” documents were not even relevant to his culpability in the main Uphaar trial and that his sentence in the tampering of evidence case was a “mock of justice”.

He had highlighted that Sushil Ansal was above 80 years of age and was suffering from various ailments.

Senior advocate Abhishek Manu Singhvi, appearing for Gopal Ansal, had also argued that his client was over 70 years of age and the court should exercise its broad and liberal discretion to release him.

The court was also told that in the main case of the cinema fire, the petitioners were convicted and sentenced to 2 years in prison by the Supreme Court, which later took into account the jail term, with a fine of Rs 30 crore each. was released on payment of Rs. Time he did. On June 13, 1997, during the screening of the Hindi film ‘Border’, a fire broke out at Uphaar Cinema, in which 59 people lost their lives.

Dismissing Ansal’s plea to adjourn the sentence till the magistrate’s court decides on the appeal against the conviction, the sessions court had observed that the matter was the most serious of its kind and the offense was the result of a well-planned plan. Interfering the guilty in the process of justice.

The sessions court had also refused to suspend the jail term of seven years each to Dinesh Chand Sharma and two others – PP Batra and Anoop Singh – and release them on bail, in the case.

Molestation was first detected on 20 July 2002 and when it was exposed, a departmental inquiry was initiated against Sharma and he was suspended.

A subsequent inquiry was conducted and he was dismissed from services on June 25, 2004.

The magistrate court had also imposed a fine of Rs 2.25 crore on Ansal in addition to the seven-year jail term in the case.

The case was registered on the directions of the Delhi High Court while hearing a petition by AVUT chairperson Neelam Krishnamurthy.

The next hearing of the case will be on January 19.