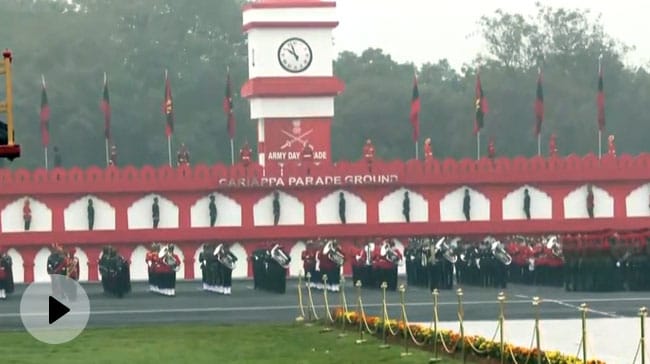 The parade is being organized at the Cariappa Parade Ground in Delhi on the occasion of Army Day. Army Day is celebrated every year on 15 January in the memory of the first Indian Commander-in-Chief, Field Marshal Kodandera M Cariappa of the Indian Army. The post was taken over from General Sir Francis Butcher, the last British Commander-in-Chief of India, on January 15, 1949. (Video Credits: ANI)