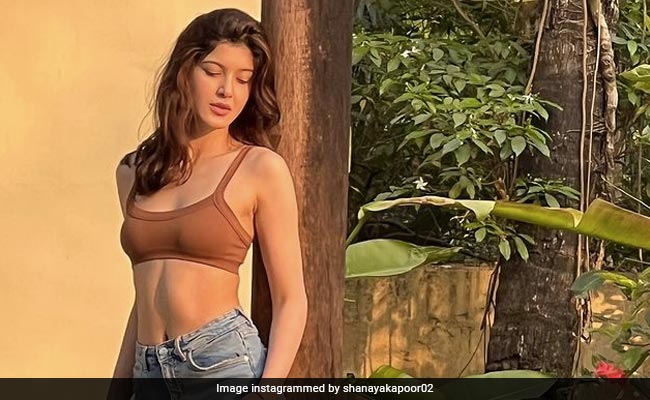 New Delhi: Shanaya Kapoor’s latest post is one of the most relatable things to do on social media today. Shanaya has just spoken for all of us when she said it’s “a little cold”. We are with you on this, Shanaya. it is cold. The starkid shared a bunch of sun-kissed pictures on Instagram and wrote, “Can we please bring Sooraj back? It’s a little cold.” She’s used the freezing face emoji to express her state of mind, and we can totally relate to it. She looks gorgeous in a bralette and denim shorts on Shanaya’s summer album .

In no time, friends and family of Shanaya Kapoor made a bee-line on the comment space and shared their take on her latest photo dump. First up was Shanaya’s BFF Suhana Khan, who wrote, “Wow. I love you.” Next, we have dearest mummy Maheep Kapoor’s “My Sunshine” comment. Actress Ananya Panday, who is part of the BFF group, wrote, “Dumm bhai”. Shanaya’s father, actor Sanjay Kapoor Wants us to focus on “those abs”.

Shanaya Kapoor also shared a picture on Instagram Stories and wrote, “Throwback to those sunny days.”

Do you know what Shanaya does when she feels comfortable? She just clicks a selfie and posts it on Instagram. How do we know, you ask? Please see this picture.

And then Shanaya Kapoor wanted the world to see her favorite pajamas. Along with several selfies clicked before bedtime, Shanaya wrote, “Wearing my favorite PJs last night…hey.. I had to capture that moment.”