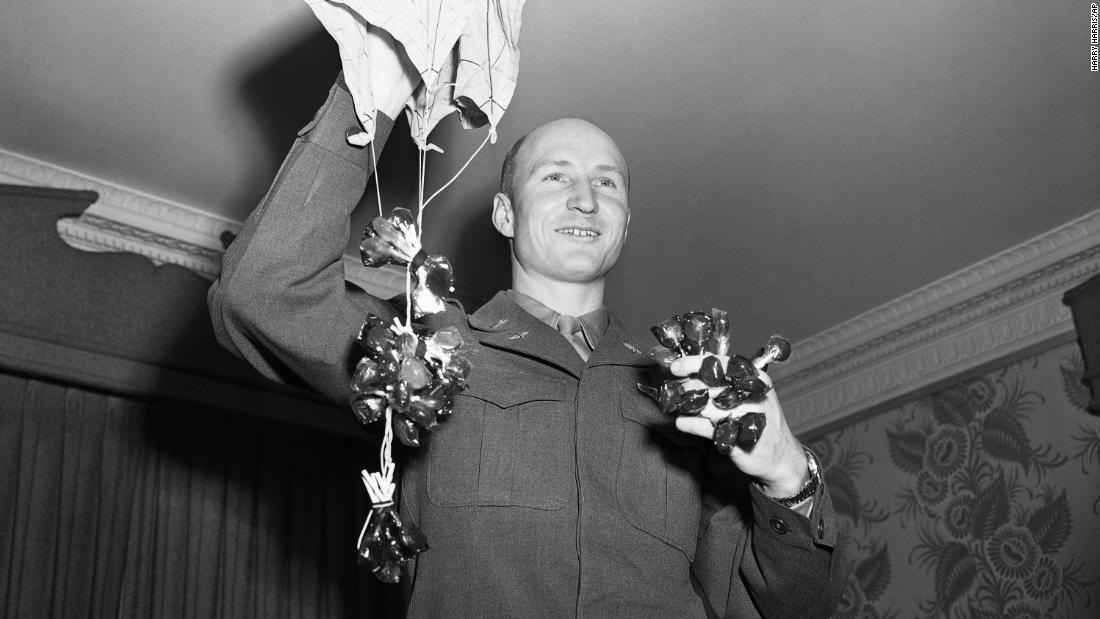 Gail S. Halvorson Aviation Education Foundation said on Facebook that he passed away among family members after a brief illness.

Halvorsen gained fame – and his nickname – during the 15-month Berlin Airlift after World War II. The Western Allies flew planes daily across Germany to drop vital supplies in West Berlin, which was blocked by the Soviet Union.

According to the Berlin Aircraft Historical Foundation, after meeting some German children and promising them candy, Halvorsen began dropping chocolates attached to small improvised parachutes from his plane.

“Two million people in Berlin were in need of food, mostly women and children. And so I felt great about helping the former enemy, because they were grateful,” Halvorsen told CNN in 2009.

He became known as the Chocolate Uncle to young Berliners, and received heaps of mail with thanks and requests.

Halvorsen spent most of his youth and retirement years in Utah. On Thursday, the state governor condoled his death. “Gail Halvorson is an international hero who displayed extraordinary compassion and kindness during a very dark time in world history,” Governor Spencer Cox said in a written statement. “We mourn his loss but celebrate his exemplary life and legacy.”

German Embassy in the United States tweeted Its appreciation for Halvorson’s gesture Thursday, writing: “Thank you for your kindness, Colonel.”
Halvorsen received the Congressional Gold Medal in 2014 as a member of the Civil Air Patrol. He traveled frequently in his 90s, narrating his story. Halvorson recorded a video less than a week before his death advising people for his foundation, “Keep an attitude of gratitude.”