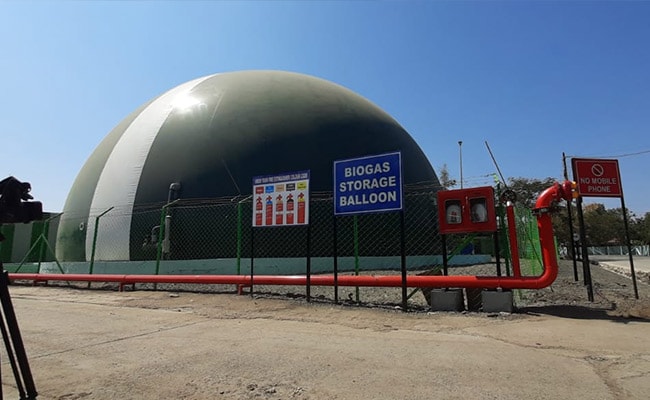 Indore: Prime Minister Narendra Modi will virtually inaugurate Asia’s largest Bio-CNG plant in Indore, Madhya Pradesh tomorrow. About 400 buses will soon run in Indore with bio-CNG made from waste in this plant located in Devguradiya village, eight kilometers from the city. Chief Minister Shivraj Singh Chouhan will also be present at the event, which has been projected as a “waste-to-wealth” model.

The trenching ground of Devguradiya, famous for the mountain of garbage, has now transformed into a ‘Jungle of the City’ and has become a symbol of cleanliness. The Bio-CNG plant has been set up here on a 15-acre trenching ground with an investment of Rs 150 crore. The Indore Municipal Corporation has claimed that the civic body did not have to spend a single rupee, but it would earn Rs 2.5 crore per year from the waste sent to the plant. 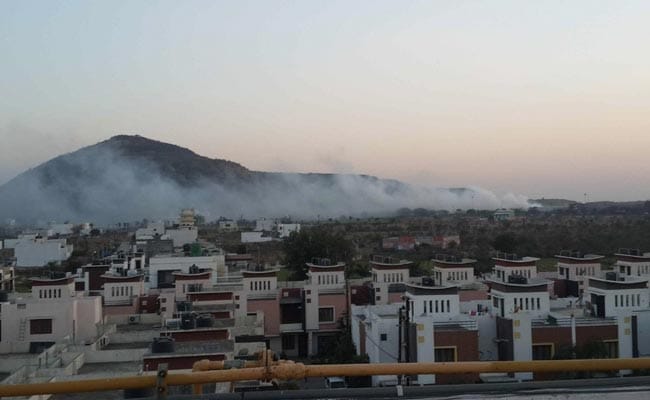 Trenching ground at Devguradiya before planting the plant.

The city has a population of 3.5 million and facilities have been built for the daily safe disposal of 700 tonnes of liquid waste and 400 tonnes of dry waste. Indore, which has been named India’s cleanest city in the Centre’s Swachh Survekshan, operates on the “3R model” of less-reuse-recycle. 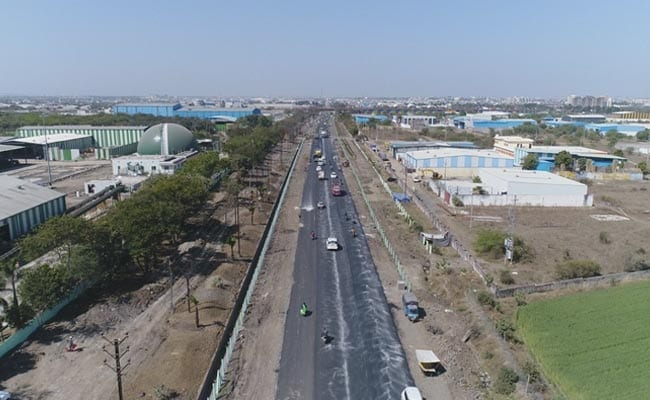 Touted as the largest such facility in Asia by local civic authorities, the plant will produce 18,000 kg of bio-CNG per day

Nitesh Tripathi, Project Head, Indore Bio-CNG Plant said that the municipal corporation collects the segregated waste and transports the organic waste to the trenching ground, where it is kept in a deep bunker. The waste is then transported with grab cranes to the pre-treatment area where it is converted into slurry through milling techniques.

This technology is imported from Denmark. The solution is then placed inside a digester where it is processed to produce biogas. It takes about 20 to 25 days to prepare Bio-CNG. This biogas contains 55-60% methane. 95% methane is required to convert biogas to CNG. Hence, it gets converted into Bio-CNG after cleaning and upgrading. A filling station has also been set up for ready CNG where city buses of Municipal Corporation can get CNG.

Touted as the largest such facility in Asia by local civic authorities, the plant will produce 18,000 kg of bio-CNG per day, which will be used to power IMC’s transport buses. This will also lead to the production of compost in large quantities.

“We are planning to convert all city buses to CNG. This will also help in purifying the air quality. With a total capacity of 550 MT, the plant will produce CNG with 96 per cent pure methane gas. Established is the Prime Minister’s waste to money concept in which biogas will be generated through wet waste,” said Indore Collector Manish Singh.

The plant was to be built in 18 months but despite the challenges of Kovid-19, it was completed in 15 months. Indore Municipal Commissioner Pratibha Pal said, “This year’s Swachh Survekshan (Cleanliness Survey) has high marks for waste processing. Hence, it will be a milestone for us to not only convert from waste to compost but also from waste to bio- CNG. Our claim for the cleanest city in the country is very strong.”

“About 1,100 tonnes of waste is generated every day, out of which around 600 tonnes is domestic wet waste. Using this wet waste, we have set up a Bio-CNG plant on a public-private partnership model with a capacity of 550 metric tonnes The company will pay us Rs 2.5 crore as premium for the next 20 years for carrying waste for production of CNG.