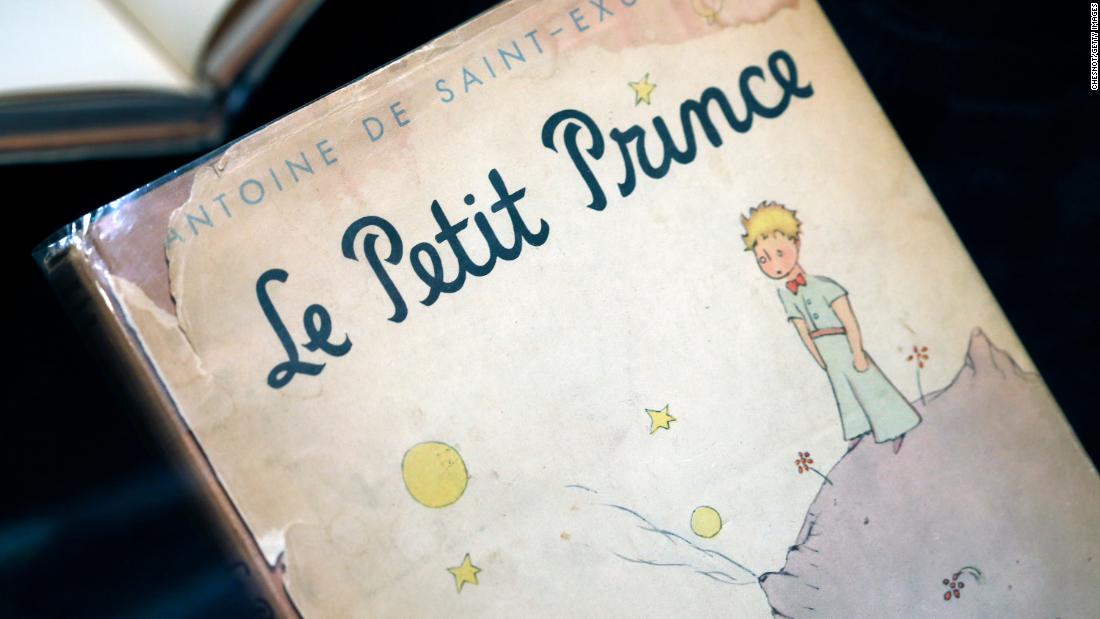 The iconic novel was written by French author Antoine de Saint-Exupery in New York during World War II, and now 30 handwritten pages of the original manuscript are on display at the Museum of Decorative Arts in Paris.

The original manuscript sits alongside hundreds of other items that celebrate many aspects of the author’s life and work. These include watercolors, sketches, sketches, photographs, poems, newspaper clippings and correspondence.

Born in the French city of Lyon in 1900, Saint-Exupery was a writer, pilot and journalist who joined the French Air Force in 1940. That year, he flew to New York on a mission to persuade the United States to enter the war and fight alongside France.

While in the United States, he ended up writing “Le Petit Prince”, which was eventually published in both English and French in New York in 1943.

The simple story, which has sold over 200 million copies worldwide, is about a child who travels the universe seeking knowledge. Since its initial publication, it has been translated into nearly 500 languages, making it one of the most translated works in the world, according to the Museum of Decorative Arts.

However, Saint-Exupéry did not live to see that reach. He went missing during a mission flight in 1944 and was pronounced dead in 1945.

It took Rivier, who heads the estate of Saint-Exupéry, three years to bring the exhibition to the public – partly due to the impact of the COVID-19 pandemic. His efforts were supported by publishers and collectors, including the Morgan Library and Museum in New York, which houses the manuscript.

Saint-Exupery wrote and drew on razor-thin paper bearing the nickname “onion skins”. This made moving the pages of the manuscript, which were more fragile because of their age, even more challenging, Rivire said.

To ensure their safe transportation, the pages were carefully and professionally prepared by the Morgan Library and Museum in New York, he said.

The exhibition opened on February 17th and is set to run until June 26th.