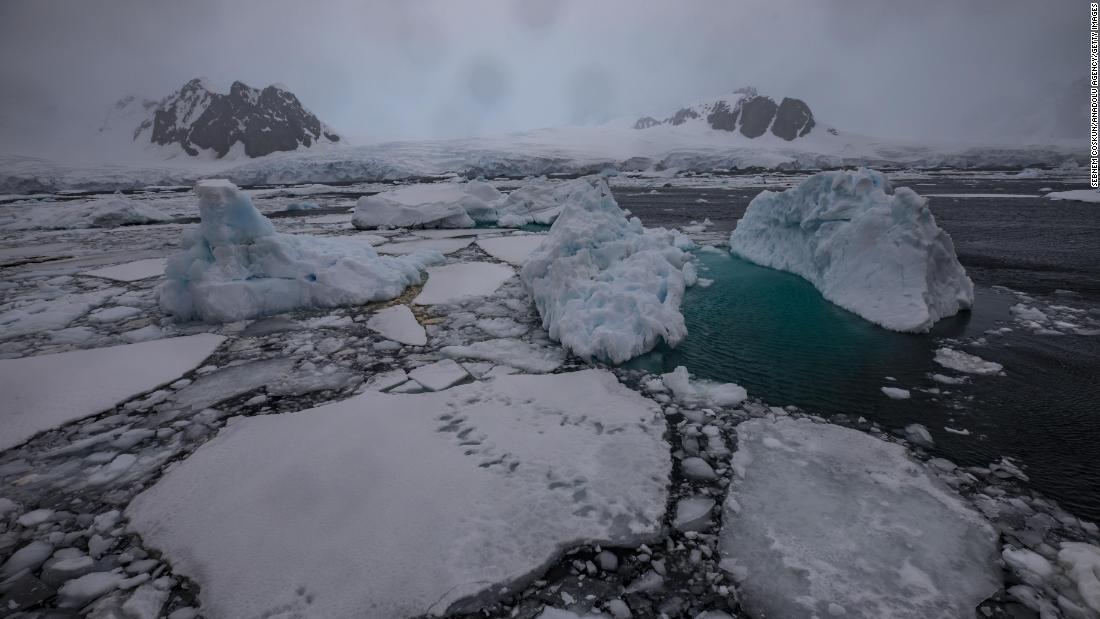 Preliminary data from the National Snow and Ice Data Center suggests that Antarctica will set a record for the lowest sea ice extent this year – the area of ​​ocean covered with sea ice. On Wednesday, sea ice around the continent decreased below the previous record low set in March 2017.

“What is happening in the Antarctic is an extreme event,” Ted Scambos, a glaciologist at the University of Colorado Boulder and NSIDC lead scientist, told CNN. “But we’ve gone through a little bit of it.”

By “this” he means a roller coaster of sea ice extent over the past few decades, swinging wildly from record highs to record lows. Unlike the Arctic, where scientists say climate change is accelerating its effects, Antarctica’s sea ice extent is highly variable.

“There is a link between what is happening in Antarctica and the general warming trend in the rest of the world, but it is different from what we see in mountain glaciers and what we see in the Arctic,” he said.

Satellite data that stretches back to 1978 shows that the region was still producing record-high sea ice as in 2014 and 2015. Then it suddenly fell in 2016 and has been below average ever since.

“Such a decline is quite unprecedented on record,” Marilyn Raphael, professor and director of geography at UCLA’s Environment and Sustainability Institute, told CNN. “Antarctic sea ice varies from year to year, but it was a much bigger change than it would normally be.”

Scientists say that the recent change does not necessarily indicate a change in the long-term trend. But Raphael said sea ice is now retreating earlier, which can be worrying.

“There are two parts to me that answer this – the scientific part says, ‘Wait a while and see.’ This is my cautious part,” Raphael said. “Then the other part of me says, this is an unusual variation in snow. The degree is unusual, and it could be that it’s a sign that the climate is changing, and that’s the speculation part.”

The rates of sea ice loss in the Arctic and Antarctic differ due to their location and proximity to other continents. In the Arctic, surrounded by land, sea ice forms and extends across Europe, Asia, North America, and Greenland. Meanwhile, Antarctica is a large continent surrounded by a vast ocean where sea ice can spread into the Southern Ocean.

Scambos said because the continents are warming faster, the ice cover is melting earlier than normal and exposing the dark surface of the land, which absorbs more heat, causing the Arctic to melt faster. In contrast, Antarctica is covered with ice, which reflects sunlight and keeps the surrounding air cool.

Despite complex climate signals in Antarctica’s record low sea ice, scientists show that the increasing warming trend in the polar regions amplifies the consequences of the crisis globally.

“The polar regions actually have a way of making these small changes a big deal,” Scambos said, “either through sea level rise, which is the main cause of concern from Antarctica, or through warming in general. Through the climate, because there is an arctic type of air conditioner for the places where most of us live in the Northern Hemisphere.”

He adds that it will take more than a decade for the declining sea ice in the Antarctic to link to climate change on a consistent downward trend, even though temperature conditions in many parts of Antarctica are already exhibiting a warming trend.

But on the continent itself, some of the dangerous effects of climate change are beginning to take shape: Last year, researchers including Scambos observed that the crucial ice shelf holding the Thwaites Glacier back in West Antarctica could collapse over the next three to five years. , which could result in catastrophic sea-level rise.
From their camp in the middle of the Antarctic to their stations on the coast, the researchers flew over Thwaites Glacier, also known as “Doomsday Glacier,” for two hours.

Scambos said they could see “huge cracks in this ice shelf, where the ice is breaking apart.”

He said it is an example of how climate change in one specific place can have an impact on the entire planet.

“Trends have rearranged a bit because basically over the past four decades, Antarctica has been pushed up by changes in ocean temperature and wind,” Scambos said. “The thing about Antarctica and sea ice is that it’s very uncontrolled, at the mercy of wind patterns, storms, snowfall and ocean temperatures — all of these things have an effect.”

He said the only rational way to deal with climate change is to rapidly adapt to the impacts and reduce the planet-warming emissions that are at the root of the crisis and the most pristine places on our planet, such as the Antarctic, downstream. is thrown. Spiral.

Recalling his time in West Antarctica, Scambos said he saw Doomsday Glacier retreating in the background, with a cracking ice shelf in the horizon, and saw dire signs of what was likely to happen in the future. He realized how much more climate research needed to be done.

“It raises your anxiety level significantly,” he said. “I wouldn’t say it’s scary because you’re not scared at the moment. You’re terrified of what’s happening here.”