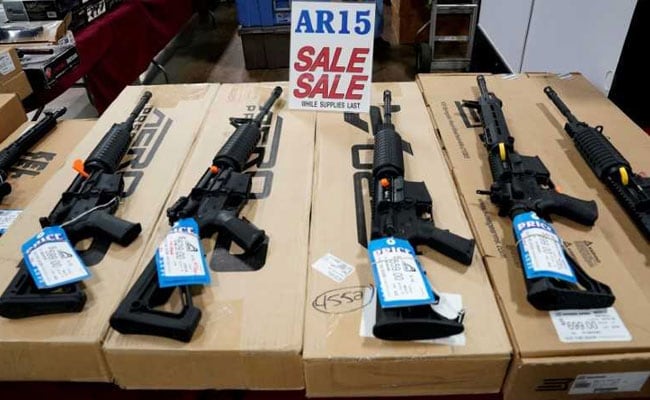 The American gunmaker has unveiled a semi-automatic rifle for children based on the AR-15.

Washington: A US gunmaker has unveiled a semi-automatic rifle for children modeled on the AR-15, which has been used in several deadly mass shootings, gun safety groups condemned.

The gun, called the JR-15, is being marketed by manufacturer WEE1 Tactical as “the first in a line of shooting platforms” that will help adults introduce children to shooting games safely.

The company’s website says that the rifle “looks, feels, and operates like a mom and dad’s gun.”

The adult model, the AR-15, is the civilian version of a military-style weapon and has been used in a number of mass murders in the United States, including in schools.

Mass shootings are a recurrent crisis in the United States, where the right to arms is guaranteed by the Constitution.

Efforts to regulate their sales are often blocked in Congress, where the powerful gun lobby – particularly the National Rifle Association – has great influence.

On December 14, 2012, a young man used an AR-15 to kill 26 people, including 20 children, at Sandy Hook Elementary School in Newtown, Connecticut.

The AR-15 was also used in the 2017 Las Vegas attack that killed 58 people, making it the deadliest shooting in recent US history, and 17 in 2018 in the Parkland High School shooting in Florida People died.

Josh Sugarman, executive director of the Violence Policy Center, said, “At first glance it turns out to be a funny joke. At second glance, it’s just weird.”

The Newtown Action Alliance, a group pushing for limits on firearms, denounced the gun lobby and weapons manufacturers who, it said, “will do anything in pursuit of sustained profits.”

Sugarman rejected the imagery the creator used to attract younger customers: a pirate skull with Mohawk haircuts for boys and girls, a skullcap with blonde tufts and a pink pacifier in his mouth.

In his 2016 report on the methods US arms manufacturers use to attract young people, Sugarman denounced weapons that are lighter to handle and often painted in bright colors – pink, red, orange. or metallic violet – for the purpose of drawing in young spectators

In 2021, firearms killed about 45,000 people in the United States, including more than 1,500 minors, according to the Gun Violence Archive organization.