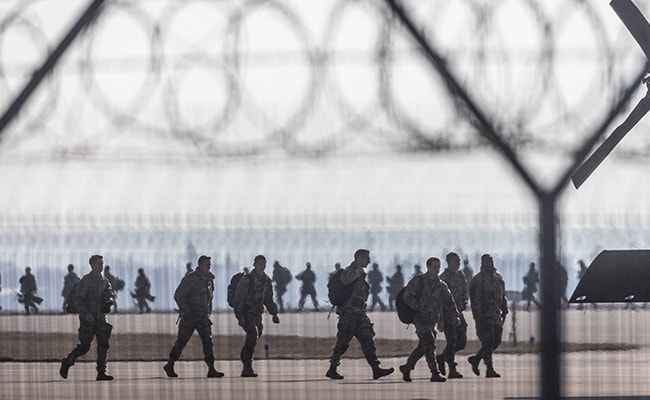 Russia-Ukraine conflict: Tension between Ukraine and Russia is increasing.

Moscow: The leaders of two different regions of Ukraine announced a general mobilization on Saturday, raising fears of a further escalation of fighting in the former Soviet country.

The announcements came after observers of the Organization for Security and Co-operation in Europe reported a significant increase in attacks on the frontline in parts of eastern Ukraine controlled by pro-Russian rebels.

On Saturday morning, both sides accused each other of fresh attack.

“I urge my fellow citizens to come to the military enlistment offices. Today I signed a decree on general mobilization,” Denis Pushilin, leader of the so-called Donetsk People’s Republic, said in a video statement.

The leader of the Lugansk separatist region, Leonid Pasechnik, meanwhile published a decree stating that the measures in his region had been signed to prepare for “repulsive aggression”.

Western leaders have raised alarm over Moscow’s military build-up around Ukraine for weeks, with Washington warning that an imminent attack could be imminent.

Pushilin claimed that the forces in his area had prevented attacks that he said were planned by the Ukraine security services, and that the Ukrainian military continued to attack.

Using the term for eastern Ukraine, Pushilin said, “Together, we will achieve the victory we all want and want. We will defend the Donbass and all the Russian people.”

Kiev has repeatedly denied using force or any plans to gain control of the separatist-held regions of the Crimean peninsula, which was annexed by Moscow in 2014.

More than 14,000 people have been killed in fighting between the Ukrainian military and Moscow-backed separatists since fighting began in 2014.