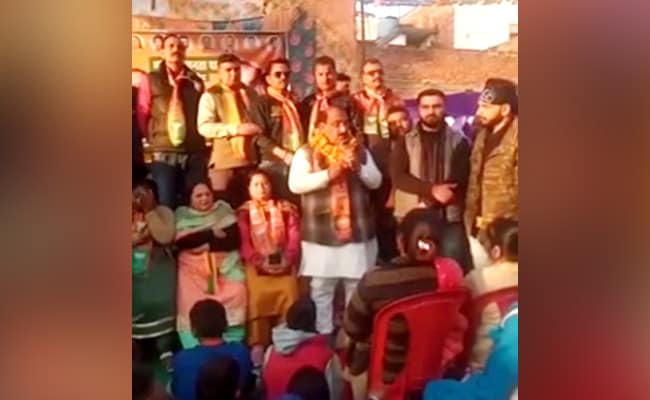 This comment of Punjab BJP President Ashwini Sharma is now being shared a lot.

new Delhi: If you are not voting for the BJP, then vote for the Congress, but certainly not the Aam Aadmi Party, the Punjab BJP chief had said at an election campaign rally. Today, Ashwani Sharma blamed it for the “curvy” interpretation of his comments as an out-of-date video surfaced on social media a day before the Punjab votes.

The BJP leader has now shrugged off those comments and has taken an aggressive stand against rival parties (Congress and AAP), calling them “dangerous”.

“Spreading lies is an age-old strategy of Congress. One of my statements has been twisted and taken out of context to fool the people of the state. Both Congress and AAP are not doing anything good for Punjab. And both the parties are dangerous for Punjab.” ..press the lotus button for the BJP so that the state remains safe and there is development,” he said in his clarification video.