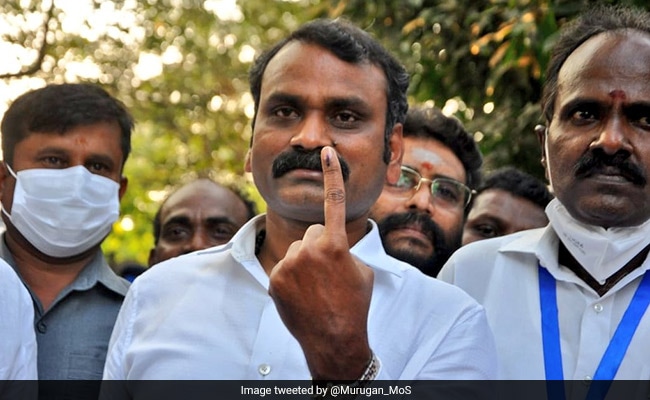 Mr Murugan later cast his vote at a polling station and the BJP’s state unit shared relevant photographs to the media.

The Tamil Nadu BJP chief stuck to his charge and said the officials allowed the minister to vote only after his party protested.

Annamalai had earlier tweeted, “The level to which official machinery is being misused is very evident today. @arivalayam party members distribute cash outside polling stations in Coimbatore & Tamil Nadu. Hon’ble Minister Shri @Murugan_MoS avl Vote someone else cast his vote at his booth in Anna Nagar East, Chennai.” After the Union minister voted, Mr. Annamalai tweeted that polling officials allowed Murugan to vote after arguments and protests by his party.

Annamalai said, “His serial number 1174 was voted for by someone and after our protest, the Election Commission called his mistake a ‘clerical error’! Totally unacceptable!”