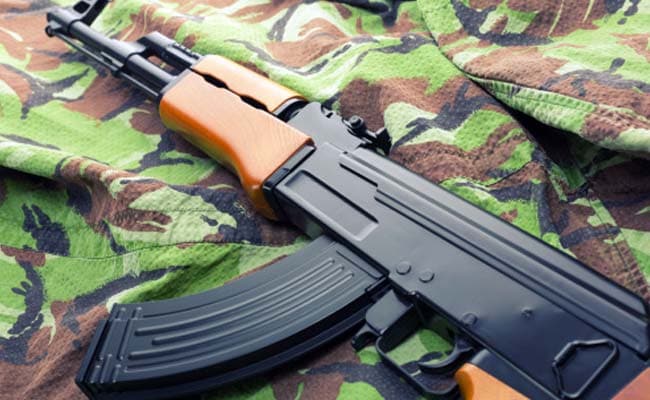 Police said that four people have been arrested in the case. (Representative)

Chandigarh: The Haryana Police said four persons were arrested on Saturday for allegedly working for pro-Khalistan terrorist groups, which were planning to use them to carry out targeted killings in Punjab and other places. .

One AK-47 rifle, four foreign-made pistols, one country-made pistol and 56 live cartridges were recovered from them.

All of them are residents of Sonipat, Haryana.

An official statement said, “The Crime Investigation Agency (CIA) team of Haryana Police has arrested four persons belonging to the pro-Khalistan terrorist group. Police have seized a large number of illegal weapons from their possession in Sonipat district. ”

The accused were in touch with Khalistan Tiger Force and International Sikh Youth Federation through social media.

In Sonipat, Superintendent of Police Rahul Sharma told reporters that Haryana Police had received some information from Punjab Police and intelligence agencies about the suspects, who are residents of Sonipat and have a previous criminal record.

He said the plan of pro-Khalistan terrorist groups was to use them to carry out targeted killings and create an atmosphere of terror in Punjab and elsewhere.

In the statement, a Haryana Police spokesperson said that the CIA team was probing the alleged links of one of the four accused with pro-Khalistan terrorists, and after receiving inputs about the presence of a huge cache of illegal weapons at his residence. .

Acting on this, the team swung into action and arrested the four people from Juan village in Sonipat district.

He said that preliminary investigation has revealed that these illegal weapons were provided by pro-Khalistani terrorists, who are based abroad, as well as huge amounts of money, which were deposited in their bank accounts.

The accused have admitted to killing a person named Avtar Singh at the behest of pro-Khalistan terrorists in Udhampur Kalan village of Punjab.

Further investigation is on, the spokesperson said.